Latest @ MW
Home /Mitsubishi Should Tap Into US Pickup Market 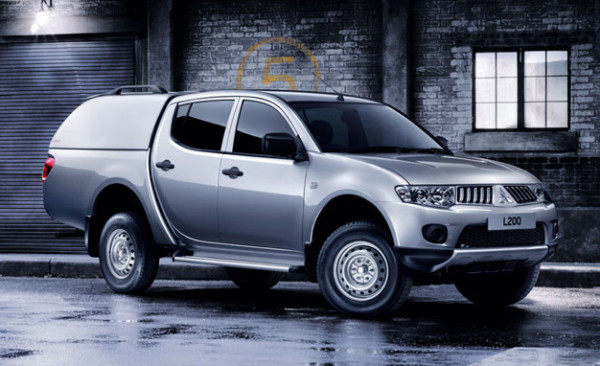 Mitsubishi’s presence in the United States automotive market in recent years has not been a brilliant one. At the moment of this writing their model-range has dwindled to just three cars – Outlander, Mirage, and what’s left of the once mighty Lancer nameplate – And even though they have plans for bringing a new CUV to the market, they are still overlooking one very important segment: pickup trucks.

If there is one thing everyone knows about the Americans is that they absolutely love pickup trucks. It is part of the fabric of the society, like huge burgers, or the love of firearms. An American’s love of pickups is akin to the British fondness for afternoon tea, or the German love of order. It’s a defining characteristic of the nation. They don’t often admit this, but a lot of times it is the sales of their pickup trucks that keep the Big Three of Detroit in business while they are busy losing their market share in sedan and compact segments to the Europeans and Japanese and Koreans. Some of the big Japanese players like Nissan and Toyota figured this out a long time ago and they have been reaping the benefits of having solid pickups in their lineup for years. The European car makers have only just begun their onslaught, as seen with offerings such as VW Amarok and the yet-to-be-released Mercedes X-Class. The Koreans, meanwhile, are still toying with the idea, but rest assured they will come.

That brings us back to Mitsubishi and why they are missing out on this market. It would have been understandable if like, say, Hyundai, they had to invest in developing a platform. But Mitsu already has pretty decent pickups in other markets. And even that notwithstanding, their current SUVs could be a great base for capable, sporty and desirable pickup models. We can imagine a fantastic pickup based on the Outlander with aggressive looks, four-wheel-drive, a meaty engine and a good-sized bed. It could be a bit luxurious, too, and definitely customizable. Pickup owners love customizing their rides, with a good example being the popularity of ute canopies which can protect your cargo and turn your pickup into a SUV, thus expanding its usability.

The U.S. market could also be receptive to a new Mitsubishi sedan, especially if it has a Lancer badge. After the Evo went into a limbo with the company wanting to kill it off completely one day and bringing it back as a hybrid another day, the regular version of the Lancer could make a comeback with a new and interesting design and a thrifty engine with a good balance between power and fuel efficiency. Most successful brands in America have a model or two like this in their range and they are making a killing. It is sad to see Mitsubishi, one of the first brands to offer sporty sedan and blue-collar, accessible performance cars, lagging behind like this. Again, if we are allowed to daydream a little, we can imagine a four-door coupe with a four-cylinder turbocharged engine and a choice of manual or DSG transmission, optional four-wheel-drive, packed with the latest connectivity features, and, again, highly customizable in terms of colors and trims. Such a thing with a Lancer badge would sell like hot cakes – nay, apple pies!

At any rate, Mitsubishi is one of those cool and iconic brands whose name brings back a lot of fond memories for gearheads – at least those born on the other side of the millennium. One wouldn’t expect Mitsubishi to become the byword for performance and quality they once was in the segments they competed in; there are just too many players these days for that to happen. But they could at least give it a good, honest shot. Here’s to a long overdue, and much needed, expansion.