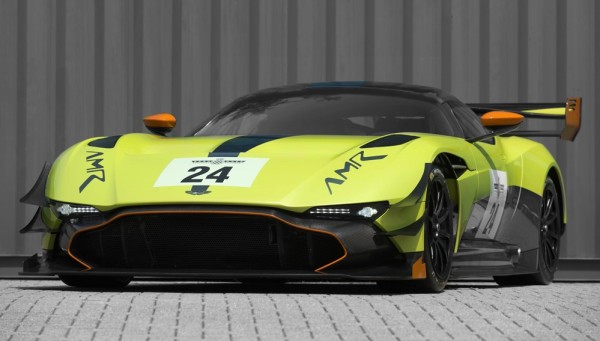 As promised a few months ago, the AMR sub-brand is now offering value-added packages for regular Aston models to make them even more exquisite and exclusive. And it even includes the limited edition Vulcan. They have just revealed the Aston Martin Vulcan AMR Pro which is an even more focused version of the hyper track car.

That focus, though, is mainly on the aerodynamics. The Aston Martin Vulcan AMR Pro has the same 820 horsepower as the regular models. The AMR is actually package with new aerodynamic upgrades that greatly increase the car’s downforce, thus making it faster around the race track. The package includes louvred panels added above the front wheel arches, dive panels on the sides, and  20mm ‘Gurney’ flap on the huge rear wing as the main features.

Aston Martin Vulcan AMR Pro also gets a new carbon engine cover that is 5kg lighter than before, and thanks to revised gear ratios its acceleration is now more intense, if not particularly faster. But the biggest highlight of the car remains its aero features, the combined effect of which is a major increase in downforce, from the standard Aston Martin Vulcan’s 3150Nm to a colossal 4000Nm. That is more than most Le Mans cars can manage.

The Aston Martin Vulcan AMR Pro upgrade package will be installed by Q by Aston Martin Advanced Operations. As for the price, if you have to ask, you can’t afford it!