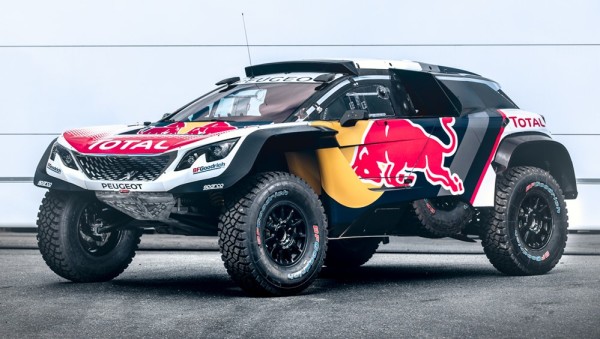 It is always hard to follow a successful act with something that is even better and more impressive, but with the new Peugeot 3008DKR Maxi rally car Peugeot Sport seems to have pulled it off. The competition machine is a racing version of the 3008 SUV and a heir to two consecutive Dakar Rally victories.

The Maxi in Peugeot 3008DKR Maxi’s name is a hint at the size of the vehicle which is 20 centimetres wider than its predecessor. Now that is not because of looks or space, but due to the fact that suspension tracks on each side have been increased by 10 centimetres. The result of this, combined with new front and rear track rod ends and driveshafts, is enhanced stability and dynamics at high speed.

The handsome Peugeot 3008DKR Maxi is currently in the final stages on testing and will celebrate its debut at the on the 2017 Silk Way Rally that goes from Russia to China next month in the hands of nine-time world rally champion Sebastien Loeb, who finished second on the Dakar this year and is contesting the Silk Way Rally for the second time. He will be joined on the adventure, which runs from July 7-22, by team mates Stephane Peterhansel and last year’s Silk Way Rally winner Cyril Despres: but they will be driving the current specification of Peugeot 3008DKR, as seen locking out the Dakar Rally podium earlier this season. Next Year this illustrious company will be joined by Carlos Sainz and they will set off to tackle the next Dakar Rally. 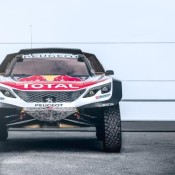 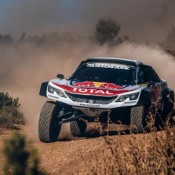 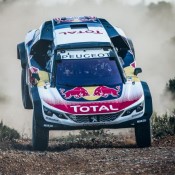 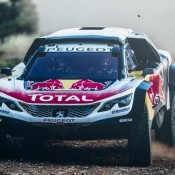 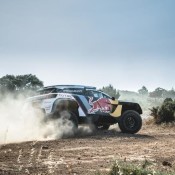 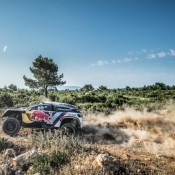