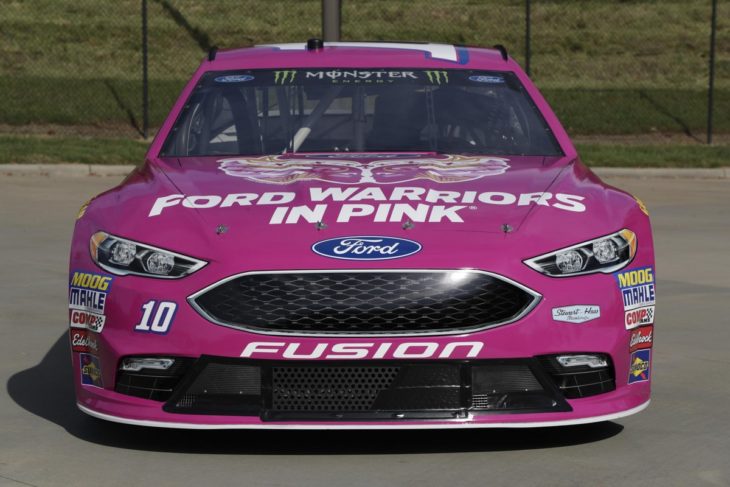 This past weekend, at the Monster Energy NASCAR Cup Apache Warrior 400 at Dover International Speedway, the world’s most famous female racing driver took the wheel of a special race car for a special cause. Danica Patrick‘s No.10 Ford Warriors in Pink Fusion race car boasted a pink delivery designed for Breast Cancer Awareness month.

Fighting breast cancer is a cause close to Danica’s heart, not just because she’s a woman, but also because she has personal experience supporting friends who have dealt with the disease, as well as her recognition that warriors battling breast cancer deserve More Good Days – an initiative made possible through Ford Warriors in Pink. What’s more, Danica’s image as a strong, powerful woman – she’s the most successful female driver in the history of racing – is an inspiration for other ladies currently engaged in a fight for their lives with the terrible ailment.

Danica’s Ford Warriors in Pink Fusion will take to the track once again on October 8 for the Bank of America 500 at Charlotte Motor Speedway. 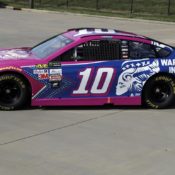 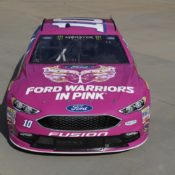 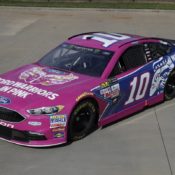 “The Ford Warriors in Pink race car really looks great,” said Patrick, one of the most successful women in the history of motorsports now driving for Stewart-Haas Racing. “Cancer impacts all of us. I bet there are very few people out there who don’t know someone impacted by breast cancer. My friend had a double mastectomy as a preemptive strike because she actually tested positive for the breast cancer gene. She went through everything and hopefully avoided it, but it hit close to home. If we all work together, we can help make a difference.Whether it’s starting a conversation or inspiring donations, every little bit helps. That’s why I’m proud to drive the Warriors in Pink Fusion to help raise awareness for the cause.”