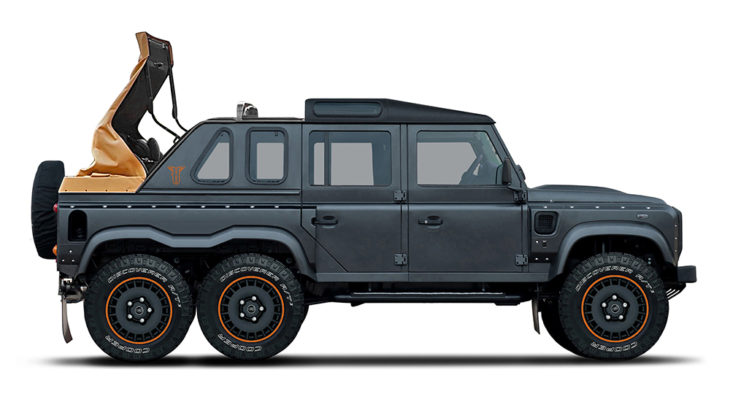 We really did not think that something like the Maybach G650 Landaulet could possibly have a rival, but we were wrong. In our defense that is such a niche vehicle, no one would be inclined to invest in making such a thing… no one except the eccentric visionary Afzal Kahn, it turns out. He has just teased the Kahn Flying Huntsman 6×6 Soft Top which is a direct attempt at the Landaulet’s life.

On the face of it comparing a wonky Land Rover, which is what Kahn Flying Huntsman 6×6 Soft Top is based on, to the unique Mercedes G-Class, which is what the Maybach G650 is based on, seems idiotic. Of course the Mercedes is a superior product. But you see, the Hunstman is no ordinary Land Rover. It is a completely bespoke car, every part of which is improved and when necessary redesigned from scratch by Kahn artisans. Granted, it still may not be as spacious or as comfortable as the big G, but calling it just as classy and luxurious is not stretching the truth.

There are obvious advantages with Kahn Flying Huntsman 6×6 Soft Top as well. For starters, it’s a 6×6 whereas the G650 has only, I mean only, four wheels. The British car also seems to have a much neater folding soft top than the Benz, at least going by what we can see in the preview image. The Hunstman uses a 110 Double Cab Pick Up Defender as the base vehicle, but you’d be forgiven for not recognizing that at first glance owing to all the modifications it goes through to become a Huntsman. Prices and availability of this special vehicle will be announced over the coming days. 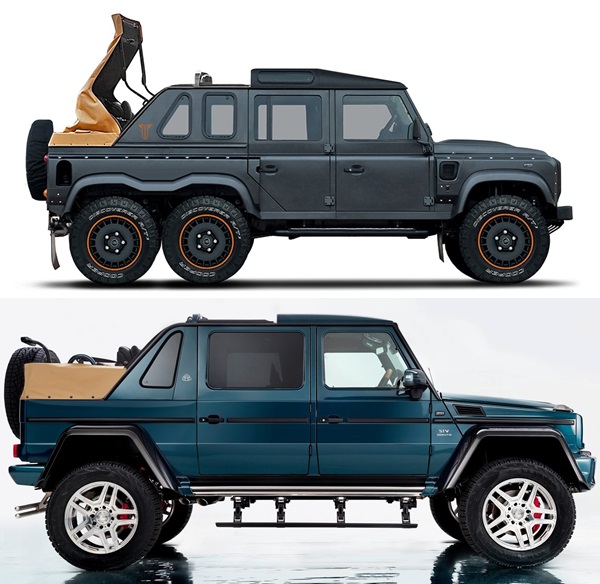 This teaser sketch is a statement of intent, announcing that the dream of owning an uncompromisingly designed Flying Huntsman soft top model, designed by the UK’s most avant-garde designer is now a reality.