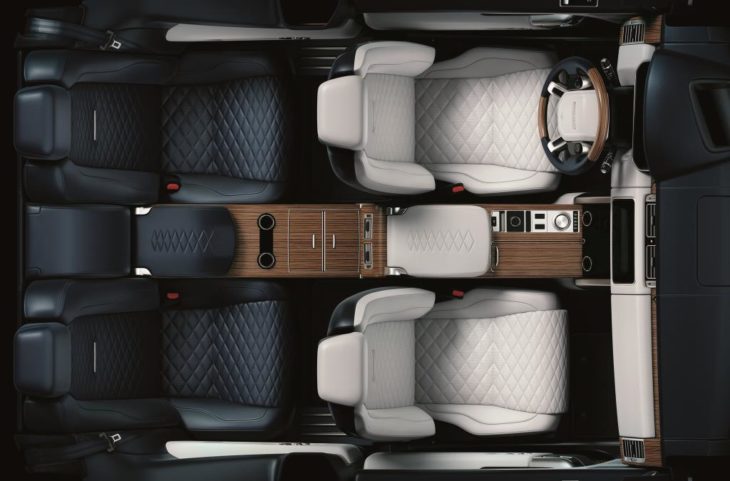 This year’s Geneva Motor Show will see the debut of something rather special from Land Rover, something we haven’t seen since the 70s. It’s called the Range Rover SV Coupe, and it’s a two-door version of the full-size luxury SUV featuring a “seductive” design and an ultra-refined interior.

They have only released a photo of the interior so far, but that is enough to make us long for this Range Rover SV Coupe. The original Range Rover launched in the 1970 as a two-door model, but that form kind of went away, featured only on a version of the Evoque. The SV, though, it’s not a downsized Range Rover or anything pathetic. It’s full-size, they say, and it’s going to blow you way with its sexiness, luxuriousness, and overall coolness.

Range Rover SV Coupe will not appeal to those who buy a SUV because they need the practicality… because it’s just not going to be as practical as the four-door variant. That’s just a fact. It also has four seats instead of the usual five.This car will be the SUV of choice for those who buy a Rolls-Royce Wraith instead of a Phantom, and an AMG S65 Coupe instead of a Maybach. It’l become like a must-have accessory for the rich and famous. So you can expect most rappers to get one, reality TV stars, and the rich kids of Instagram, of course.

Gerry McGovern, Land Rover Chief Design Officer, said:“The Range Rover SV Coupéis a highly compelling design with peerless refinement and uncompromised sophistication from its breathtaking exterior proportions to its sumptuous, beautifully appointed, interior. This is a vehicle that will resonate on an emotional level.”