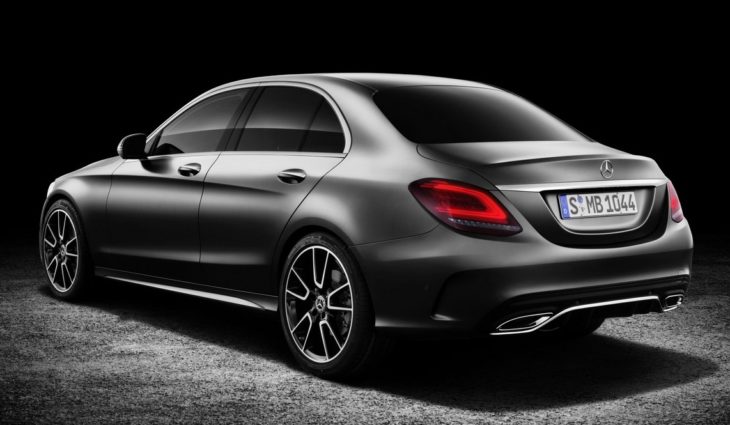 The next model to get a refresh in Daimler’s extensive range for the new year is the C-Class sedan. The new 2019 Mercedes C-Class gets the same sort of upgrades we saw yesterday on the Maybach, in that it becomes cleaner, more luxurious, and overall classier than the model it replaces.

On the outside the 2019 Mercedes C-Class gets revised head and taillights and, depending on the trim, you may get some nice chrome strips as well. The bumpers have also been revised for a more upmarket look, and the diamond grille is now standard. These little details add up to make the mini S-Class look more refined than ever. Same goes for the interior where you get some nice new options such as 3D wood veneer in pore brown walnut or open-pore anthracite oak, Magma grey/black AMG leather upholstery, and Multicontour Seat package.

A cool highlight of the 2019 C-Class is a fully digital instrument display from the S-Class with three “Classic”, “Sport” and “Progressive” styles. Other high brow features include the optionally available MULTIBEAM LED headlamps with ULTRA RANGE, ENERGIZING comfort control, optional wireless charging system, and the latest-generation COMAND Online system, plus Mercedes me connect with Concierge service. Details of the market-specific engine lineup as well as the upcoming AMG versions will be announced closer the car’s launch at Geneva Motor Show in March. 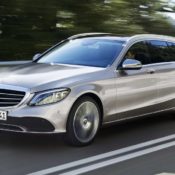 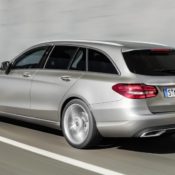 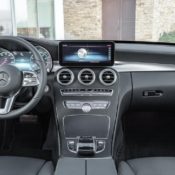 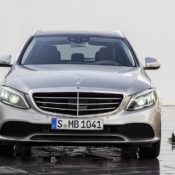 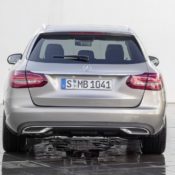 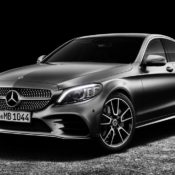 The C-Class in its current generation was Mercedes-Benz’s top-selling model in its fourth year on sale. Worldwide sales topped 415,000 in 2017. The C-Class is produced at four plants on four continents. These are the lead plant in Bremen (Germany) plus East London (South Africa), Tuscaloosa (USA) and Beijing (China). The Beijing plant also produces the long version of the C-Class Saloon, which is built and sold exclusively in China. China was the biggest market for the C-Class in 2017