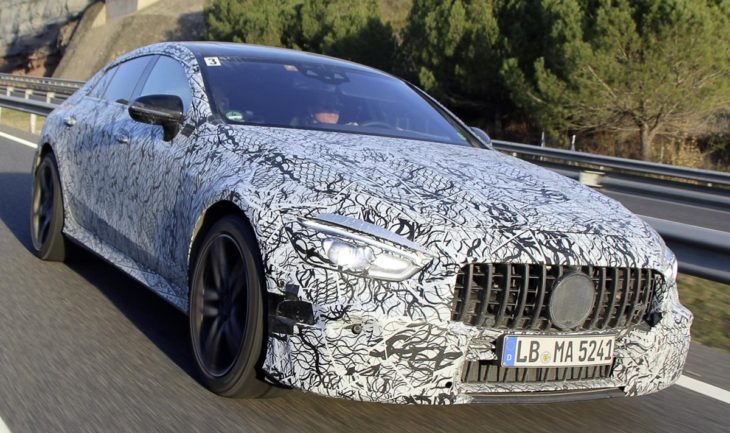 So a year after making its debut as a concept, the four-door Mercedes-AMG GT Coupe is coming to Geneva Motor Show, this time in full production trim. Taking on the likes of Porsche Panamera and Maserati Quattroporte, the four-door GT is one of the hottest cars to be launched this year.

Following last year’s debut the Mercedes-AMG GT Coupe was dispatched around the world in form of development cars to undergo a number of vigorous tests. IF this GT wishes to beat the Panamera at its own game, it needs to be a quality product. It won’t be enough just looking better and going faster. This class of vehicles has to be an altogether uncompromising specimen, equally at home on Monte Carlo’s streets as it is at Silverstone.

That is a tall order, but if anyone can do it, it’s those mental engineers at AMG. The production Mercedes-AMG GT Coupe should not differ much from the concept design-wise, although some changes would be inevitable. But even if the finished product is toned down a bit, the thing would still be a looker. The EQ Power+ hybrid powertrain will be featured in the four-door GT, but their final specs are yet to be revealed. There is going to be different power outputs and different packages for customization. 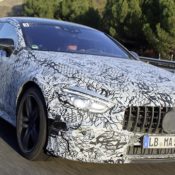 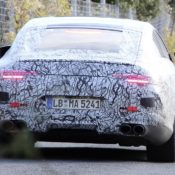 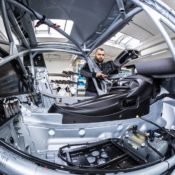 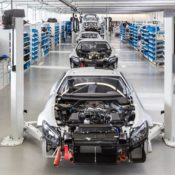 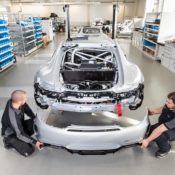 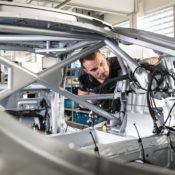 “With the Mercedes-AMG GT Concept we are giving a preview of our third completely autonomously developed sports car. And extending the attractive AMG GT family to include a four-door variant. Plus the GT Concept – like the AMG Hypercar, which we are presenting at the International Motor Show in Frankfurt – illustrates how we are defining performance of the future at AMG. Impressive driving dynamics coupled with high efficiency, resulting from an innovative drive system and tailored to the vehicle segment in question – that is Future Performance made by AMG. With our AMG GT Concept that means a combination of an ultramodern V8 petrol engine and a high-performance electric motor. Both intelligently networked and with a modular battery concept with a combination of extremely powerful yet light batteries. This performance hybrid powertrain offers an impressive electric range and the opportunity to generate a system output of up to 600 kW in its last level of development. It covers the sprint from 0-100 in less than three seconds – which corresponds to a super sports car level” says Tobias Moers, CEO of Mercedes-AMG GmbH.