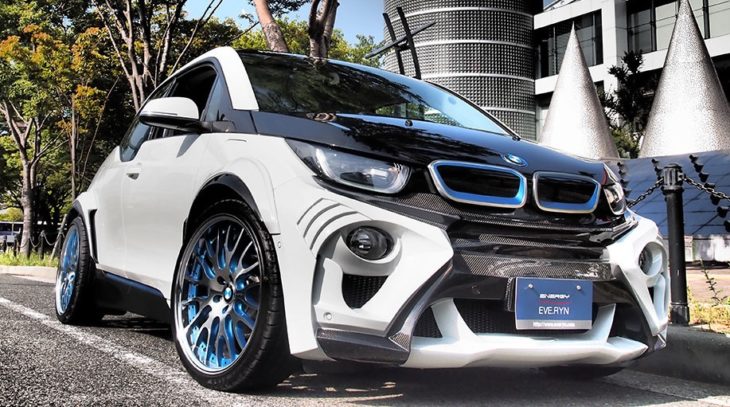 If you are one of those people who still think the whole electric car malarkey is a fluke that’ll soon pass and be gone, you probably live under a rock in an oil rich state with no emission laws. For the rest of us, the EV is now a reality, and that begs the question, what will become of car tuning when everything on the road is electric and/or autonomous?

This is a question worth pondering over, since the tuning industry is a multi-billion dollar one that creates thousands of jobs of every year and plays a big role in advancing technologies and coming up with new ones. But for all its virtues, the car tuning community does not seem terribly well-equipped for the coming wave of electric cars. As it is today, the entire industry is based around a. making production cars look better, and b. making them go faster. It won’t be so clear-cut with the EVs

A brief look at what big time tuners currently have to offer for the handful of electric sedans and SUVs out there makes it clear they have not the slightest clue how to enhance the performance of these things. Short of ripping out the existing electric motor and putting in a new, more potent unit, there isn’t much they can do to it. You can’t boost the output of these motors via whatever the equivalent of turbocharging is for an electromagnetic field. And as for styling, it begins and ends with a front spoiler and a rear diffuser, maybe some wide arches.

Performance-wise, then, the tuners are dead in the water when it comes to EVs. Unfortunately, things don’t look that good vis-a-vis cosmetic upgrades, either. For one thing, many of the existing and upcoming EVs have the kind of futuristic styling that does not lend itself easily to the traditional upgrade treatments. Take the BMW i3, for example. Fitting that thing with wide arches and big aero parts only serves to make it ridiculous. What is more, the majority of people who buy electric cars have exactly zero interest in modifying them. To these people cars are nothing but an appliance with wheels.

So does all of this mean the tuning industry is on its last legs, that it will go away soon leaving thousands of people jobless? Well, for a big chunk of it that seems to be the case. Coping with the new conditions will be a gargantuan task that will require a complete makeover the business model, design procedures, and the workshops. And that is not something many of the existing tuners – most barely more than a family-run business – can manage. Our guess is that there will be a shift from modification to personalization, and that car makers themselves will have that game on the lock.

So go out there today and give your local tuner some business. Maybe next year they won’t be there, their shop replaced by a public charging station…