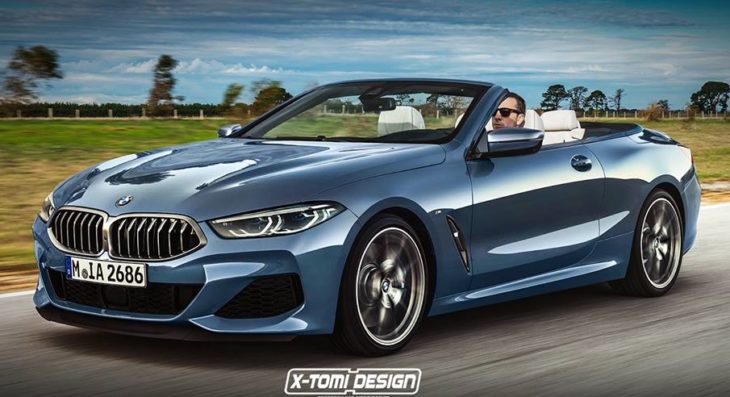 As is the custom nowadays, a day or two following the debut of an important new model we get to see many different variants of it through the magic of computer rendering. This is the BMW 8-Series Cabrio, the open-top version of the new 8er which may or may not be on the cards for 2020 launch.

There has not been any official word from the Bavarian company whether they are entertaining any ideas about a BMW 8-Series Cabrio, but we already know they will be making a four-door Gran Coupe version. So it is not entirely without reason to think we might get an 8er Cabrio in the near future. What is out of the question is the shooting brake version you see below, and even more outlandish and unthinkable than that, the 8-Series pickup truck. But they are both cool to look at, it has to be said.

The new 8-Series is a very fertile car for BMW. Already they have planned many different versions with the Coupe and the Gran Coupe, including various M, pseudo-M, and normal models to suit every need. So far we’ve only gotten to know the M850i, one of those low-fat M models with a 523 horsepower twin-turbo V8. The full-fat M version is going to be something quite remarkable then, especially in the Gran Coupe version which, if the concept version is any indication, is going to be a hugely good looking car.