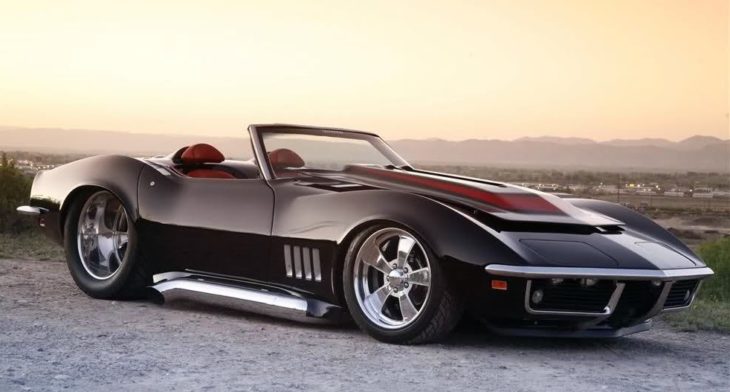 Human being, by their very nature, want to have everything at the same time. They want both the Eden and the forbidden fruit. That is why in recent decades we’ve been witnessing a surge in the practice of Restomodding, which is fitting old cars with modern features and running gear.

Done well, restomodding can be brilliant. What you get out of it is the amazing looks of the old classic, but the trusty underpinning of a modern car. If classic car motoring, in its original form, is the marriage of heaven and hell, then restomodding is pure bliss-the nirvana itself. It’s a classic car with all the charm and beauty that comes with it, and you can use it everyday. But no paradise is without its problems.

The thing about classic car motoring is that a lot of the people who get into it do so for the love the adventure. For them it is not just about driving around in a cool looking C3 Corvette or an exquisite early-model SL Mercedes. The breakdowns, the leaks, the dirty knuckles and skinned fingers are all part of the charm. They treat their classic cars like their pets, sometimes their children. To these people restomodding is something akin to sacrilege. It’s for the posers, the Hollywood phonies who drive a vintage car just because it make them look cool. They believe it’s disingenuous to want the fruits of vintage motoring without the troubles.

Of course, to the average person that sounds like abject nonsense. There is nothing wrong with wanting a cool-looking vintage car which has modern running parts, in the same way that there’s nothing with getting a trained dog from a shop rather than adopting a wild one from a shelter. If you can handle the latter, then by all means do it. But the a lot of people are happy doing the former. The thing is though, restomodding, unless done absolutely right, could end up giving you more headache than classic car motoring. And doing it right costs an insane amount of money.

Let’s face it. If you want to get a sexy vintage car and restomod it for everyday use, you are not getting a Datsun or a Studebaker. You want an early model Porsche 911, a 70’s muscle car, or a BMW or Mercedes from the era before health and safety. Those things are expensive to buy, and everybody know restoring them to original glory is a gargantuan task that costs even more money and doesn’t even guarantee smooth operation for long because, after all, the technology is at least half a century old. But restomodding – again, done correctly – is not that much cheaper. Sure, you can send the car to your local garage and ask them to drop a modern engine and gearbox in there. And it’s doable. But a few thousand miles down the line the thing is just going to break.

The right way to go about restomodding is what firms like Singer do. These guys take in a vintage 911 body and basically built the rest of the components themselves. Not only that, they redesign that body to emphasize the god, desirable parts, and take out the unsavory bits. It’s like a remake of a cult classic movie where they take out the cliched or racist dialog and replace them with witty, relevant one-liners. But as mentioned before, this is bloody expensive. A Singer 911 will set you back around half a million dollars.

So really, unless you have that kind of money, it’s a coin toss between restomodding and restoration. They both have their troubles, but at least with restoration you maintain the value of your classic cars. Restomods, except the really high-end ones, do not usually command a big price when you sell them because they are, by definition, very personalized. And not many people may share your taste in color and trim.