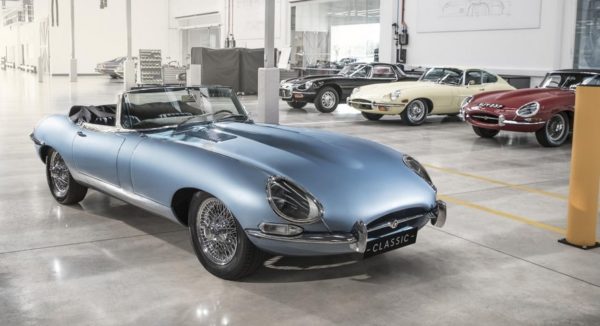 Jaguar Land Rover Classic, a division of the British company dealing with their vintage models, ha come with something truly electric. No it’s actually, literally electric. The Jaguar E-Type Zero is a restomoded version of the old beauty powered by an electric powertrain.

The zero in Jaguar E-Type Zero refers to the fact that it’s a zero-emission vehicle. That is thanks to a bespoke electric powertrain developing 220kW. It enables the Zero, based on a 1968 Series 1.5 Jaguar E-type Roadster, to sprint from 0 to 60 mph in 5.5 seconds. The lithium-ion battery pack has the same dimensions, and similar weight, to the XK six-cylinder engine used in the original E-type. Best of all, it is located in the same place as the engine, so there is no issue with weight balance. the electric motor is fitted to the rear of the battery pack.
E-Type Zero in Action:

Follow Our Channel for New Videos Everyday: Subscribe
Jaguar E-Type Zero has a ‘real world’ range of 270km (about 170 miles), helped by the low weight and good aerodynamics. It uses a 40kWh battery, which can be recharged from home overnight and takes about seven hours. It is a little peculiar driving an E-Type without the raspy soundtrack of a not-so-reliable petrol engine, but the Zero enables you to enjoy the amazing looks of the E-Type without any of the mechanical issues that plague even the best preserved original. 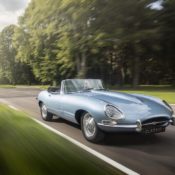 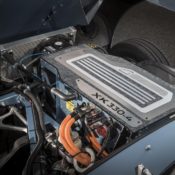 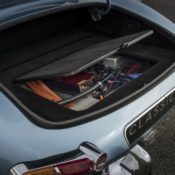 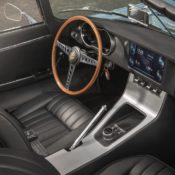 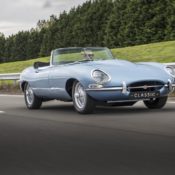 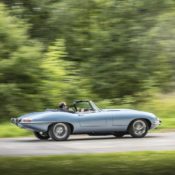 The E-Type Zero is not officially available for sale, but the Classic division does accept inquiries about it, which means they are probably open to making a limited number of copies for a potentially eye-watering price. E-type Zero makes world debut during Jaguar Land Rover Tech Fest at Central Saint Martins, University of the Arts London