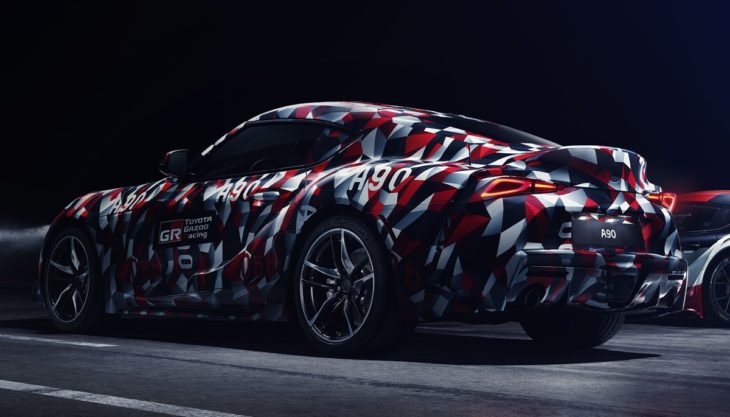 Going to the 2018 Goodwood Festival of Speed has just become mandatory as it’s been confirmed the new Toyota Supra will make its dynamic debut at the event. The GFoS Supra will show up in near-production prototype form, so you will get a good look at the design as well.

So no more trying to convert the GR Supra Racing concept into a road car in your mind. The Goodwood-bound car has the final production trim, but it will be wrapped entirely in black-red- and-white camouflage colours of TOYOTA GAZOO Racing to keep at least some secrets in the run up to its official release. But the coolest thing is that the new Toyota Supra will have daily runs up the Goodwood hill, showing off the performance of its front-mounted, in-line six-cylinder engine and rear-wheel drive setup.

The new Toyota Supra is the reason we didn’t get a hot GT 86 all this time, so let’s hope it’s been worth it. Toyota says the car will remain faithful to its heritage which means it must get decent power and sweet handling. What we want this car to be is a Japanese Alpine 110, an almost perfect blendof style, quality, and performance. That’s what makes a great sports car. Well, that, and a great badge which the Supra has. Toyota has the opportunity to make something truly great here. Let us hope they won’t mess it up.