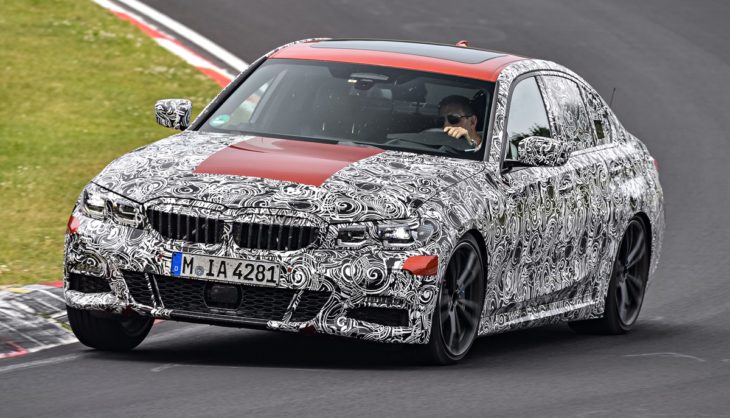 BMW has dropped the first teaser for the new and long-awaited 2019 BMW 3 Series facelift, showing the sports sedan at its natural habitat, the race track. And what a race track it is, the Nurburgring, the Green Hell, the Mecca for every motorist interested in handling and performance and bragging rights.

Being developed at the ‘Ring means the 2019 BMW 3 Series is a red-blooded sports sedan, featuring a lot of M gizmos to make it quick around the track. And that, invariably, means that it’s going be hard and unforgiving on the road. But fear not, if you want to use the new 3er as a road car. What we’re talking about here is the hot variant, probably the M40i. There will be other, less Nurburgringy versions for those who appreciate a comfortable ride and low fuel consumption.

But since BMW is only giving us info on this version of the 2019 BMW 3 Series, let’s see what kind of performance-oriented goodies they have fitted to the car. Well, there is new damping system for the suspension which works continuously and progressively in relation to the respective spring travel. There is also the M sports suspension itself, which additionally includes a lowering of 10 millimetres, 18-inch light alloy wheels and mixed tyres. That suspension comes only with Variable Sports Steering, which itself is complemented with M sports differential. Remember, this is not even the full M variant! What’s that going to be like? 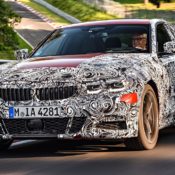 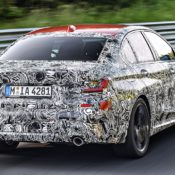 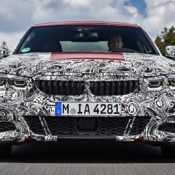 “We’re using the lift-related dampers as an active set-up element so as to create supreme driving properties in all conditions,” explains Peter Langen, Head of Driving Dynamics. “With short spring travel, a sensitive damping response ensures comfortable vibration compensation. When the car passes over large bumps, the body movements are controlled by increased damping forces.”