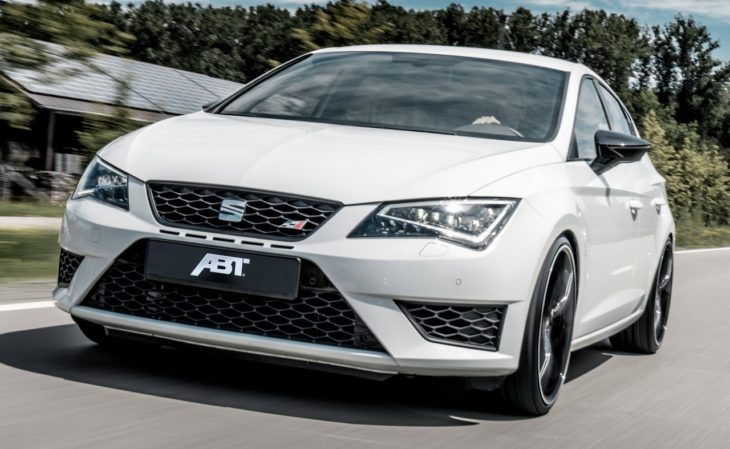 As special as the limited edition Leon ST Cupra Carbon Edition is the way comes out of the factory, there are ways to make this hot little estate car even better. And the most straight forward of those ways is adding power, as shown here by the ABT SEAT Leon ST CUPRA Carbon.

Whereas the standard car packs 300 horsepower from a 2.0 liter TSI engine, corresponding to the fact that it is limited to 300 units, The hotted-up ABT SEAT Leon ST CUPRA Carbon offers an extra 70 PS. That is a remarkable upgrade by any standards, and especially so because it has been achieved through the magic of electronics. It’s the result of ABT Engine Control (AEC) unit, and what’s more, it ups the torque power from 380 to 460 Nm. 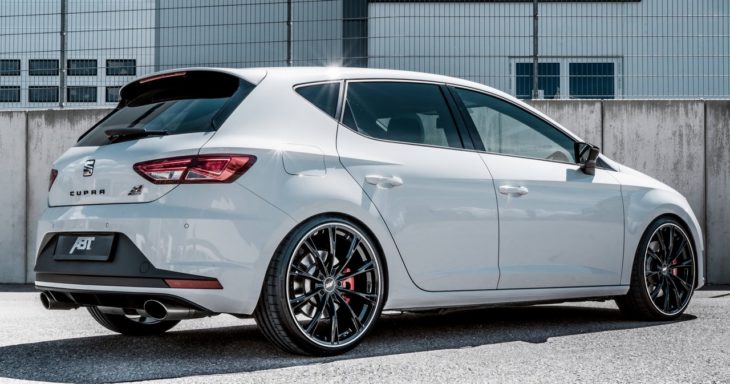 Similar upgrades are available for ABT SEAT Leon ST CUPRA Carbon Edition and other CUPRA models with other engines. There is the 1.4 TSI with now 160 HP (118 kW) instead of originally 122 HP (90 kW) and the 2.0 TDI with 210 HP (154 kW) instead of 184 HP (135 kW). Other cool upgrades available include ABT downpipes, sports stabilizers set, DR and ER-C as well as the new SPORT GR 20 inch wheelswith interesting designs, and the ABT integrated entrance light with its logo for all Leons.

This car is now worthy of the title ABT has given it. They call is the “LEON KING!”