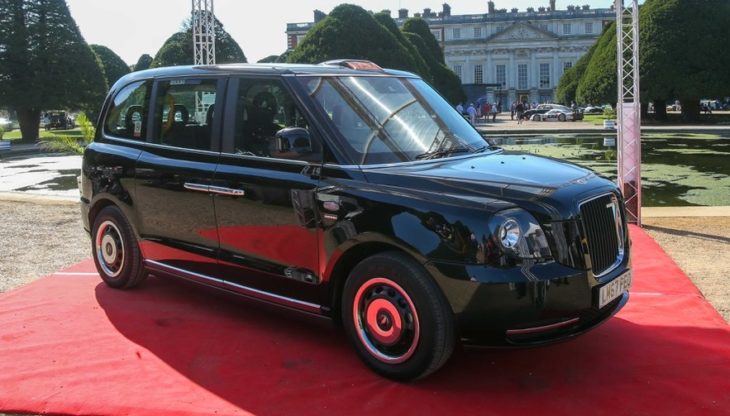 The 2018 Concours of Elegance car show at Hampton Court Palace hosted a very special item. It wasn’t an exotic or a supercar, but rather a familiar sight, at least for Londoners. It was the new LEVC TX, the electric London Taxi, and it received a royal reception at the event.

That is the state of affairs right now, with the gas guzzling supercar pushed back beyond the buffet table, and stuff like this electric London Taxi put on display in the foreground. That is fair enough, because the LEVC is a much more important car than the new Bugatti Even. It is also an important EV, period.The car boasts a range-extended electric powertrain with a small petrol engine acting as a generator. That gives an range of 80 zero-emission miles and up to 377 miles of low-emission travel.

The new Electric London Taxi is the cabby for today’s Britain. It maintains the look of the original but blends it with modern features. There is a system, for instance, that filters the incoming air from harmful particles. There is also less vibration and noise in the passenger cabin, alongside charging points for mobile phones, Wi-fi and additional space for six passengers. Let us hope the new improved London taxi will also improve the quality of its drivers!

Hosted by Prince Michael of Kent, the Concours of Elegance, which raises huge sums for charity each year, saw 13,000 motoring enthusiasts flock to the gardens of Hampton Court Palace to enjoy some of the rarest motoring exotica in the world.