Latest @ MW
Home /Want a Job in the Automotive Industry (of the Future)? 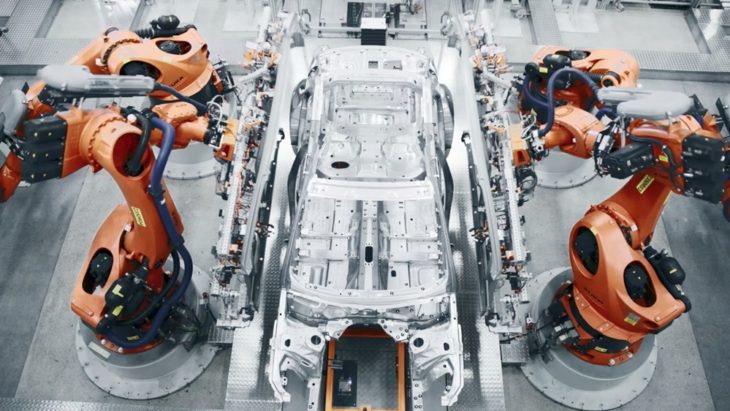 As we have already discussed in another editorial, the future of the automotive industry is pretty grim as far jobs for human beings are concerned. The rise of the AI, the advancements in robotics, and on top of it all machine learning will inevitably put millions of humans out of a job across all industries in not so distant a future. But still, the industries can’t rid themselves entirely of humans. So what are the skills a young person can learn today to make sure he or she will have a place in the future of car industry?

Let’s say you are a gearhead teenager and all you want is to become an auto executive when you grow up. Back in the day the surefire way to accomplish that goal was to get a degree in mechanical engineering. Car makers needed, and still do to some extent, individuals who could design engines, fine-tune aerodynamics, calculate weight transfer issues, etc. Today that is the purview of powerful computers, but they still need someone to operate them. In a decade or so, an AI-enabled self-learning computer can do all of that much more accurately, much cheaper, and a LOT faster than any human. And if we know the Capitalist system, the heads of the industry won’t hesitate to replace those messy human workers with clean and always obedient machines.

In order to have a hand in the automotive industry of the future you are far better off with a Computer or Electronics degree. The sad truth is, an automotive engineer in the next decade might not be working with cars at all, but with the computers that design and build and maintain them. And then, of course, there is the shift toward electric motoring instead of the good old ICE machines. And that means the demand for electrical engineers and technicians will go up… at least until computers kick them out of the office, too. So instead of learning about suspension geometry and gear ratio, study the programming languages the robots use, or the computer networks that enable them to work with each other.

So what about design? Surely, to design a car you need more than logic and analytical powers. You need creativity, sensitivity, emotions. Well, sorry to break it to you, but those pesky computers are sticking their noise into those areas as well. You only have to go on Youtube to see self-learning machines create paintings, compose music, and replicate human emotions and quirks with astonishing results. Today the Touring test is a forgone conclusion. Computers can easily fool you into thinking they are intelligent beings, and they haven’t even yet developed consciousness. One of those machines can study the market for which a car is being designed, learn the patterns of the people in it, their likes and dislikes, and shape the car to their taste in a way no human can even imagine.

So if you want to be involved in the future automotive industry, you are better off getting a business degree and working on your managerial skills rather than on your freehand drawing. Even though computers will eventually take over the entire process of designing, building, and selling cars, it is not likely that the regulatory bodies would let them operate entirely autonomously. They may not need the designers, the engineers, and the assembly line workers, but they will still need humans to manage and supervise the process. And again, this will have little to do with cars. Those positions would mainly require you to negotiate with robot producers and software developers.

Now you might be thinking ‘to hell with it all. I’ll go work in advertisement or car journalism. At least there I’ll get to hang around cars and car guys.’ Sorry, kid! If the experts are to be believed, the ad industry will be one of the first victims of the Big Data revolution that is currently being established by the likes of Google and Facebook. When the Google algorithm knows you better than yourself, it won’t need ads or reviews to encourage you to buy things. It’ll know what you need, what you must have, what you can’t do without. It’ll know how to push your buttons without pandering to you.

If you really want to work with cars we reckon your best bet would be to get a job in sideshow operations, i.e. diagnostics, testing and evaluations, quality control, pre-release checks, stuff like that. And the reason we think those fields will remain under the control of flesh and blood humans is because of health and safety departments. No matter how advance the computers get, they are not going to let their products reach human customers without them first being checked and approved by other humans.

The point of it all is, if you are dreaming of becoming the next Valentino Balboni, Adrian Newey or Jeremy Clarkson, tough break. Those jobs may go extinct in a decade or two.