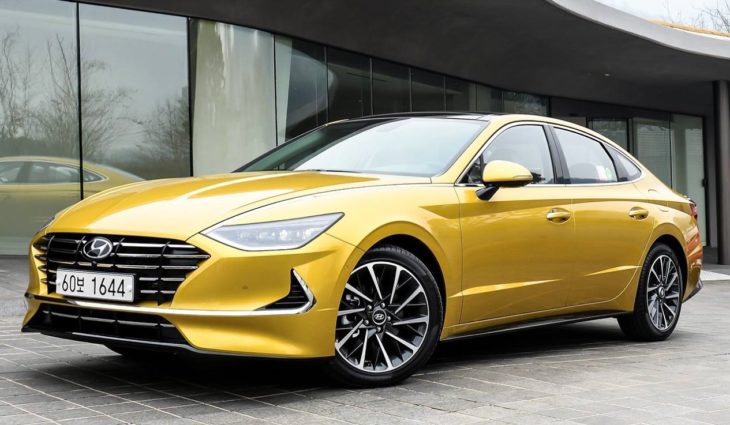 Granted, Hyundai seems to be putting out a new Sonata almost every other week now. But the latest, newest version, to be released this month in Korea and later the world, is something quite special. This model takes the Sonata a few steps up in the game, making it almost unfair for the other competitors in the affordable sedan segment.

This is not the first time Hyundai has amazed us with their ability to change and improve. Those of you who remember the early Sonatas know what we’re on about. One day we woke up and Hyundai was no longer the maker cheap and crappy sedans you bought because you couldn’t afford anything less horrid. Hiring European designers and enhancing their production methods which resulted in a remarkable boost in quality, Hyundai products gradually became a byword not just for affordability, but reliability and convenience. They invested a lot in getting their act together, but it paid handsomely. The money they made the world over with their fine new sedans and SUVs turned Hyundai-Kia conglomerate into one of the world’s most profitable businesses.

But these Koreans are cleverer than that. Rather than being content with what they had achieved, they are keeping up the momentum by ceaselessly trying to improve their game. The all-new 2020 Hyundai Sonata is the perfect example of this. There is absolutely nothing wrong with the current Sonata (relative to the class it competes in) and one could safely say it has at least three more years of juice to give in terms of marketability. But Hyundai, following the recipe that has served them well so far, took the car back to the drawing board and gave it a complete makeover. Not only have they redesigned the whole thing, they have engineered it like a brand-new product and crammed it with some much high-tech stuff, you’d think this is a Genesis and not a Hyundai. They certainly have come a long way, these “industrious little fellas!”

Looking somewhat like the American luxury sedans of the 90s but a lot more refined, the 2020 Sonata features a distinctive new face with Daytime Running Lights, embedded with Hidden Lighting Lamps, complemented with a four-door coupe-like side profile, and a deluxe rear-end. The upper class theme continues inside where you find a brand-new dashboard and steering wheel as well as much improved switch gear and multimedia system. Inside is where the new Sonata shines best, showing off its multitude of technology features. Besides the wide central screen, you also get a digital binnacle with an active monitor which gives a whole new dimension to safety features such as blind spot monitoring. The car is also incredibly smart, available with a smart key system that basically makes the keyfob obsolete and opens and starts the car via your smartphone. 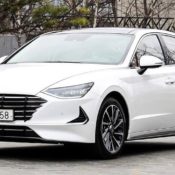 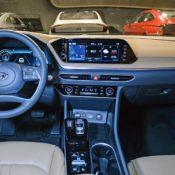 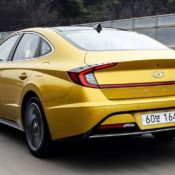 As for the technical highlights and performance numbers, we best wait for the Euro and American-spec versions to come out. The KDM variants usually get engines you see nowhere else in the world. Rest assured, there will be a new hybrid variant, arguably the best variant of the modern Sonatas, with improved economy and power. You look at this car and you have to ask yourself, do you really need more?