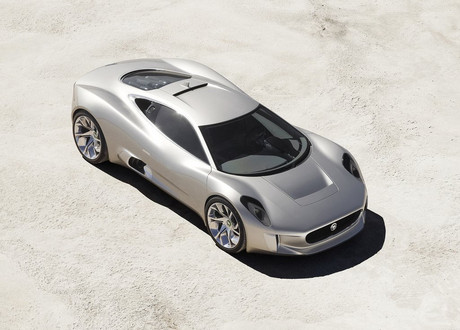 In a very bold move Jaguar announced they are going to make a limited number of the CX-75 Hybrid supercar unveiled at Paris Motor Show in 2010.

That’s weird because in the past Jaguar wouldn’t make any of their more realistic concept cars, and now they decided to build this insanely futuristic model. Maybe it’s an answer to Porsche 918.

That said, the production CX-75 which will be limited to 250 units, arrives in late 2013, and cost between £700,000 – £900,000, will be more sensible than the jet-engined concept. The production version will be powered by a small our-cylinder turbocharged petrol engine accompanied by with two powerful electric motors and four-wheel-drive. Although final figures are yet to be confirmed, you can expect something like 800 bhp, 0-60mph in less than 3 seconds, 0-100mph in less than 6 seconds, 200+ mph top speed, and Co2 emissions of less than 99g/km! It will also have an EV range of 50 km.

Jaguar C-X75 will be developed in association with Williams F1 who will provide their engineering expertise in areas including aerodynamics, carbon composite manufacture and hybrid technologies. The whole won’t weigh more than 1350 kg. We hope the looks of the car also remains loyal to the Paris show concept.

So we waited a very long time for a new Jaguar supercar, a true successor to the mighty XJ220. Looks like it was worth the wait. 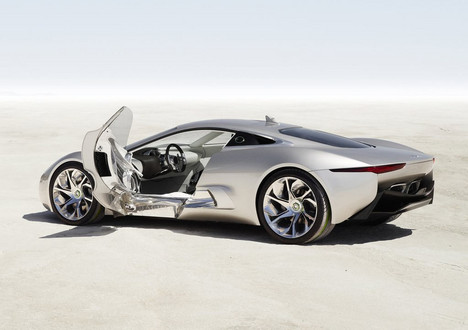