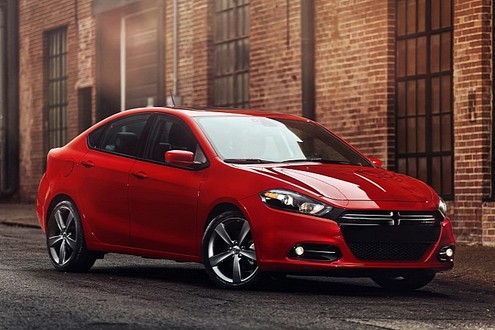 Not officially, but the first pictures – and a video – of the all-new 2013 Dodge Dart have already made their way to the web.

A replacement for the frankly awful Caliber, the new Dart is developed jointly by Chrysler and Fiat, and is based on a widened version of Alfa Romeo Giulietta platform. It will also benefit from Fiat’s MultiAir engines.

The car doesn’t look particularly pretty, but it’s by no means boring to look at. It has an interesting design with Dodge’s signature grille dominating the front-end and Challenger-like taillights at the back.

Dodge is really proud of the interior, which is a far cry from the typical American car interior we all know and hate. It is built with high quality soft-touch materials and has great fit and finish. Its party piece is a glowing red ambient lighting, and the Uconnect infotainment system with an 8.4-inch display.

As for the engines, the Dart will get two MultiAir engines an one Tigershark. All of them are fuel efficient four-cylinder units. The car will also get Chrysler’s new 9-speed automatic transmission.

Official details should be released soon, probably before Detroit Motor Show opens its doors to the public tomorrow. 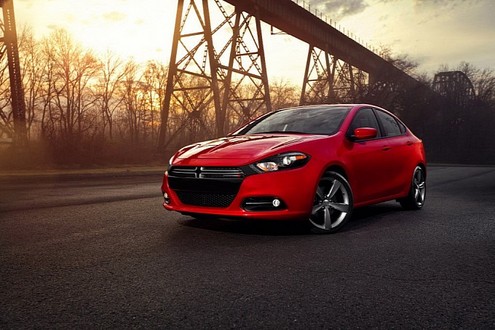 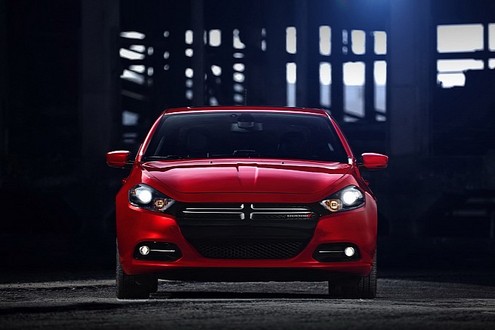 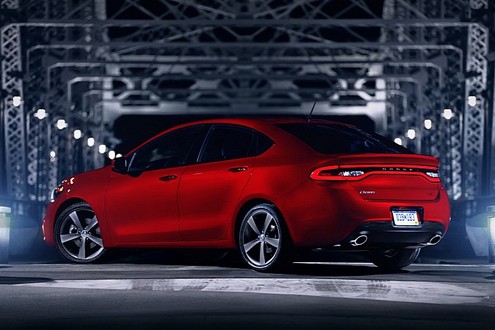 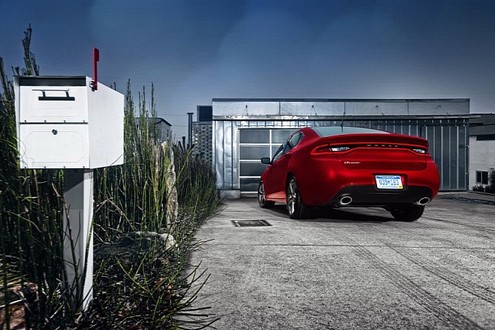 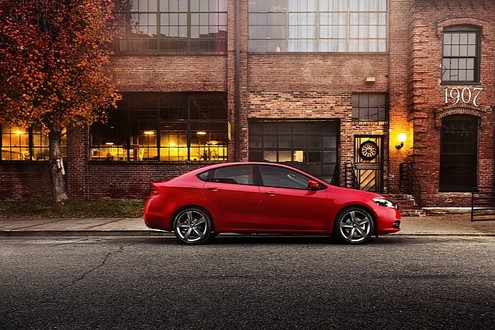 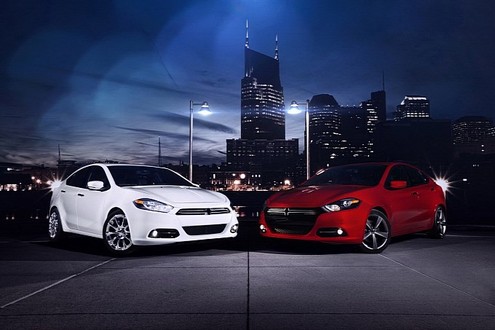 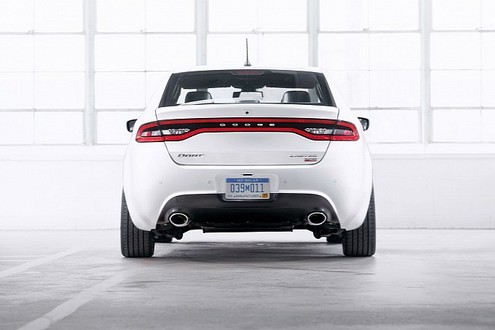 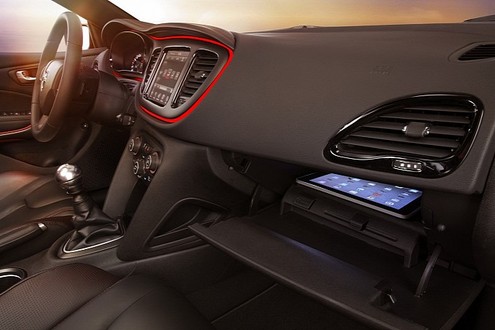 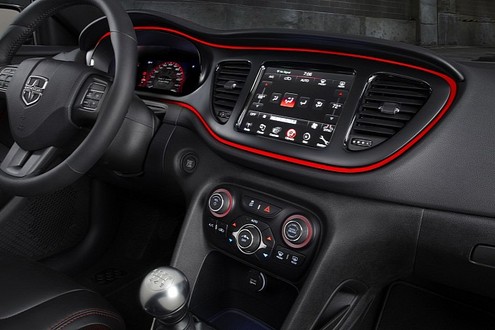