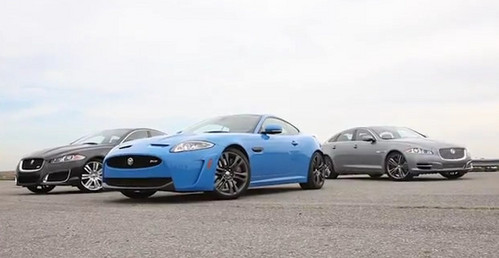 Jaguar USA released a short video just to introduce the lineup for 2012, without providing any sort of details. Apparently the customers have to guess the rest. The range includes the XF sports sedan which also comes as a super sporty XFR version, the XJ luxury sedan, and the XK sports coupe which has many variants including XK, XK Convertible, XKR, XKR Convertible, XKR-S and XKR-S Convertible. The last two are of course limited editions and probably already sold out. A few months ago Jaguar also sent a diesel-powered XF on a trip across America, but that’s not part of the lineup yet.