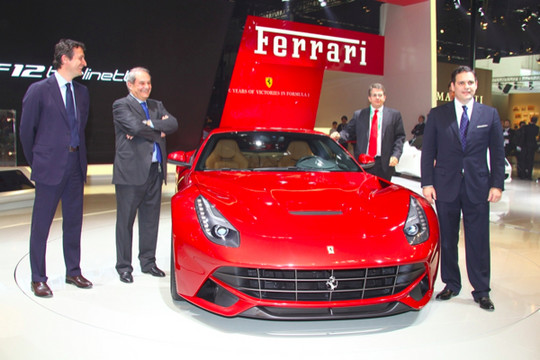 Although Ferrari brought along the amazing F12 to the Beijing Auto Show, but their most important feature of the show is the new version of HY-KERS hybrid powertrain. The evolution of what we first saw on a 599 has been tweaked and adapted to a mid-rear engine layout. That means this system you see here will be powering Ferrari’s next hyper car, the replacement for Enzo.

Ferrari’s HY-KERS consists of a V12 gasoline engine, supported by two electric motors. One of the motors works in tandem with the engine and it’s double-clutch gearbox to power the car, while a second one is dedicated to the auxiliary systems and is located in front of the V12. The KERS features new, smaller and lighter electronic components which come close to achieving the declared target of 1 KW per kg of extra weight added by the hybrid system.

This way Ferrari can keep its beloved V12s, while meeting all the emission and fuel consumption limits. The only potential drawback with this solution is the weight of the system, mainly due to the heavy battery pack. While the final layout has not been confirmed yet, Ferrari might put the batteries in front of the vehicle for better weight distribution, and cure the excess fat with more and more power. 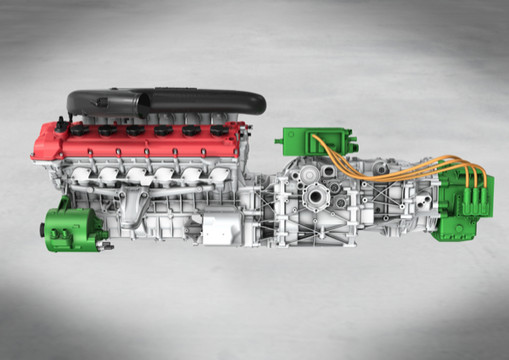