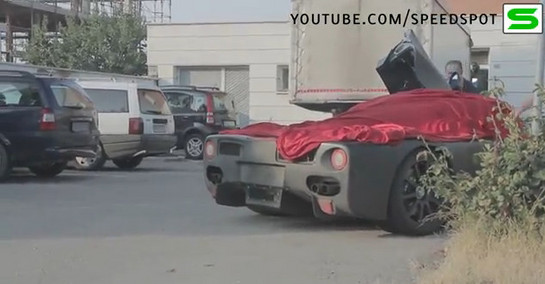 Everyday we hear awful news about the supercars golden era, which we are living now, coming to an end due to a range of problems, like the price of oil, or global warming. But all the evidences point to the contrary. Supercars are more alive than ever. Over the next few months we will get two new 1000-hp speed machines. One is the new McLaren F1, and the other is this, the new Ferrari Enzo.

Codenamed F70, the Enzo successor has been scooped outside Maranello during one of its road tests. The new footage confirms a couple of details about the car, details that have been speculated before, such as the 458-inspired front-end, or the FXX-like rear-end. More interesting than the looks, though, is the powertrain in this car, which is said to be a KERS-enabled hybrid V12. While the exact figure is yet to be confirmed, you already know it’ll be a 1000-hp car.