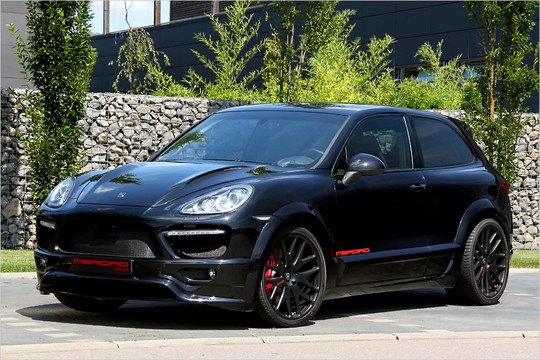 The high-profile British tuner Merdad Collection released pictures of a new Porsche Cayenne Coupe they’ve done based on a Cayenne Turbo model. There’s a lot of work going into making this car out of a normal Cayenne, and it’s all about the little details. The basics are the same as before: remove the rear doors and install larger front doors.

The front doors are actually 20-inch longer than standard. But it’s not as easy as it sounds turning a four-door SUV into a coupe. Merdad engineers spent a lot of time reenforcing the body and designing new quarter panels and B-pillars to make the the car’s safety and dynamics have not been compromised.

After that, they set about garnishing the body with exclusively designed parts such as front and rear skirts, wide wheel arches, mesh grilles, tall skirts, a couple of spoilers and a new bonnet. Then it was time for lowering the whole thing, which is done perfectly by cutting 40mm off the ride height, and slamming the body on 22-inch wheels.

The interior is revised too, rather heavily. You get a blend of red and black leather as well as new sport seats, steering wheel, and various metal and aluminum parts such as sport pedals, kickplates and door sills, all of them featuring engraved Merdad logo.

The sweetest part, however, is the engine. Merdad took the massive twin-turbo V8 engine and replaced its turbochargers, exhaust manifolds and intake system. The result is an extra 170 hp, which means this Cayenne Turbo Coupe develops 670 horsepower and 890 Nm of torque.

And as for the price… brace yourselves… it’s a half a million quid. 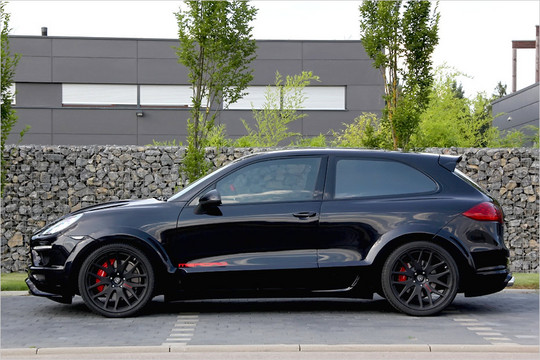 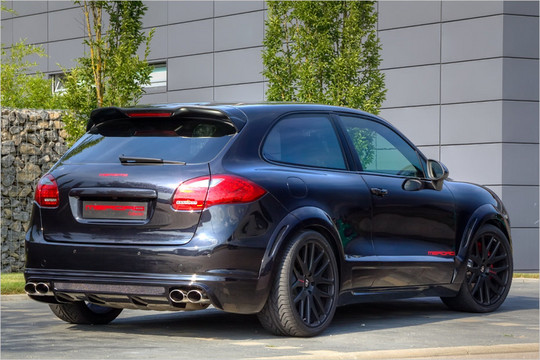 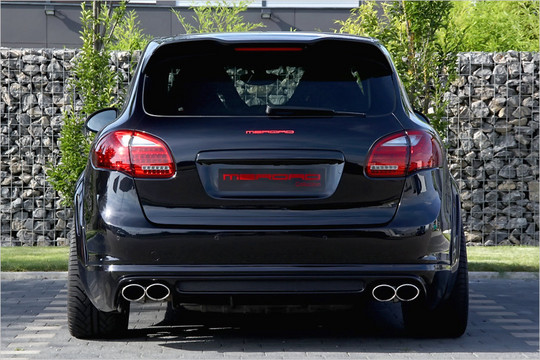 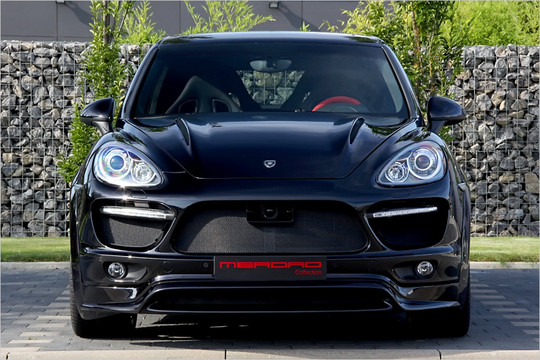 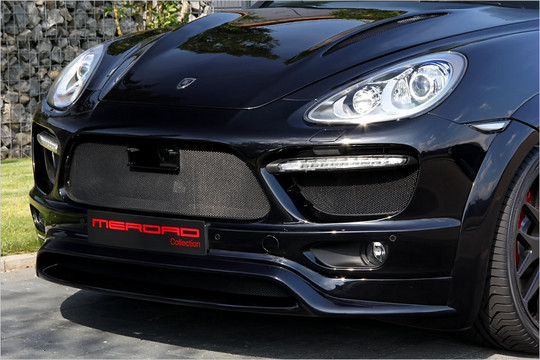 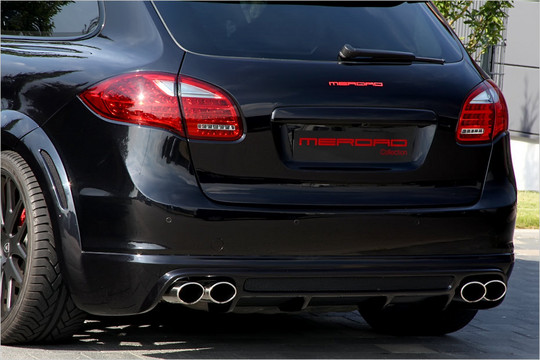 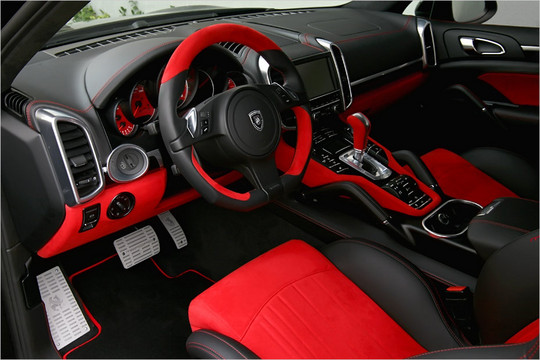 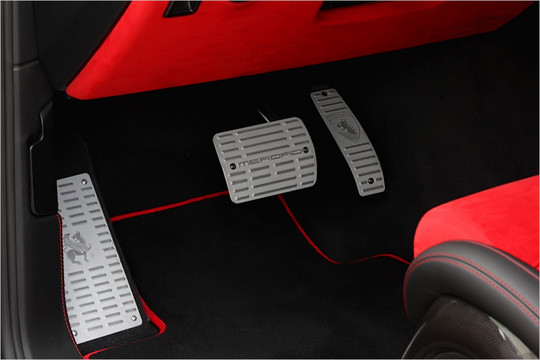