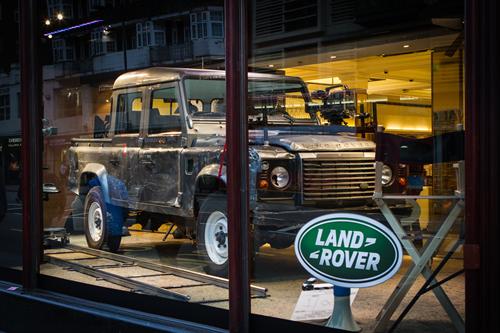 The next auto maker to rent a window at Harrods department store on Brompton Road, Knightsbridge, London, is Land Rover. They are not trying to sell anything though, they just got the spot to show off one very special car. It’s a battered Land Rover Defender from the new James Bond Movie SKYFALL.

This cool Land Rover Defender 110 Double Cab Pick appears in the opening sequence of the 23rd Bond film SKYFALL being driven by field agent Eve, played by Naomie Harris. The movie open in the UK on October 23, but the car will be display until Sat 27 October.

Well, it’s much cooler to see this awesome Land Rover at Harrods than an Aston Cygnet or a VW up!

John Edwards, Land Rover Global Brand Director said; “We are thrilled to be part of the Harrods windows celebrating the release of Skyfall and the 50th Anniversary of the franchise. In displaying the Land Rover Defender that was actually used on screen we hope to bring a taste of behind the scenes action to our first ever James Bond Harrods window.” 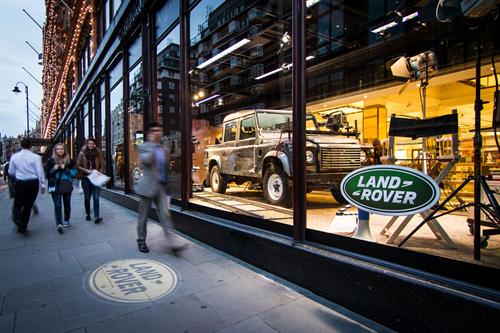 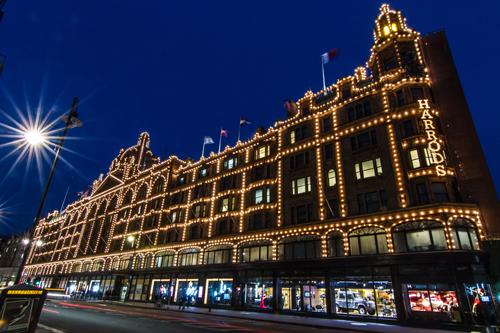 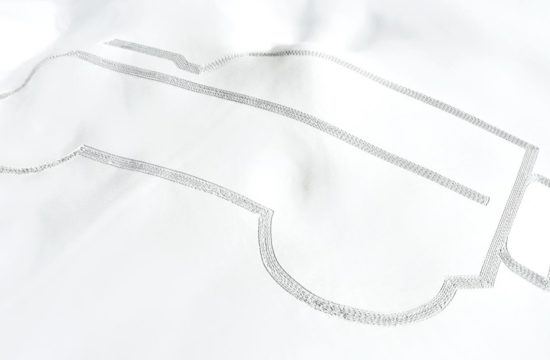 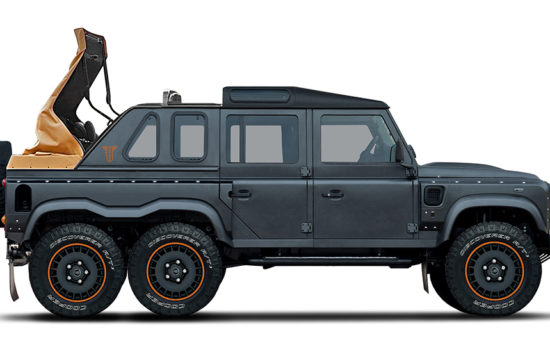