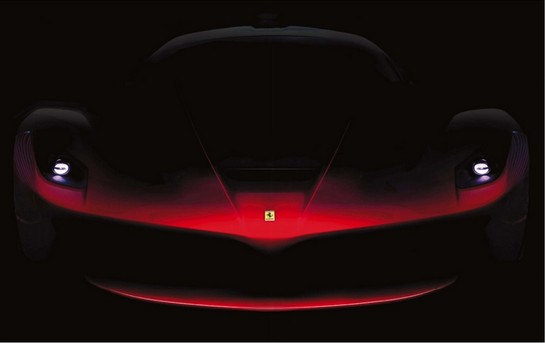 The first official (teaser) pictures of the long awaited Ferrari hyper car, the replacement for the Enzo, have been released by Ferrari Magazine. Called the F70 or F150 or whatever, the new Enzo is much better looking than any rendering we’ve seen so far. McLaren P1 is in a whole heap of trouble!

As expected, the head and taillights on this car are inspired by Ferrari’s existing models, but it’s just a subtle hint. It gets an aerodynamic nose like that of the 458, and an F1-style tail like the F12. The rest of it appears all-new. You can also see in the picture the roof has a slight dent in it like the Viper. It must have something to do with aerodynamics, and the fact that it has gullwing doors.

Technical specs are yet to be revealed, but from what are hearing the new hyper car by Ferrari has a V12 engine with KERS, developing over 800 horsepower. It is going to be very light at around 1,300 kg, thanks to extensive use of carbon in making the body panels and also the monocoque chassis.