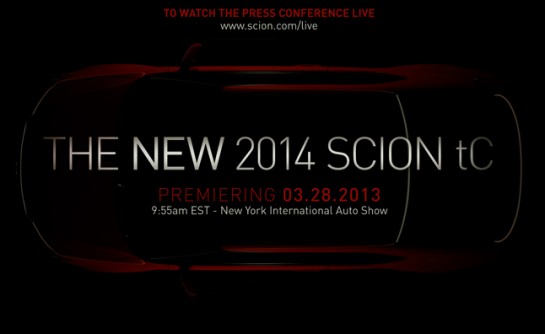 Scion officially confirmed they will debut a new version of its tC compact coupe at the upcoming 2013 New York Auto Show. The unveiling of the new refreshed version if timely, as Kia is expected to reveal a new Forte Koup soon. There might also be some slight upgrades ot the car’s powertrain and transmission. You can expect around 200 horsepower. We keep our ears to the ground and will let you know when heard more about the new tC.