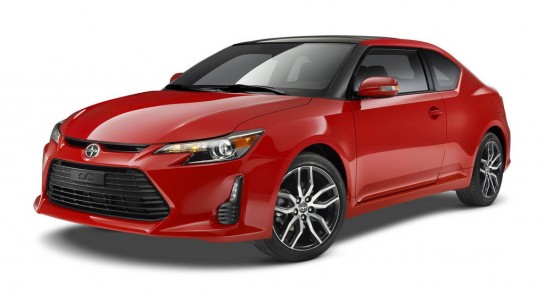 At the same event where Kia revealed it new and uglified Forte Koup, Scion introduces their own compact sports coupe in form of the 2014 tC. Adapting Toyota’s corporate look, the new tC gets aggressive head lights and grille design and more sharp edges than before.

It is not a pretty car at all, but there are some sporty elements in the way it looks; stuff like the large front grille that remind us of the GT86, or the diffuser-look rear bumper, and also the 18-inch alloy wheels with 225/45R18 tires.

The interior design is pretty much the same as before, but the materials and features have been upgraded. You now get a Scion Standard Display Audio, featuring a 6.1-inch LCD touchscreen. They say the tC is the first non-luxury car to get such a system, with features like Bluetoothcompatibility, HD Radio Technology and steering wheel-mounted controls. 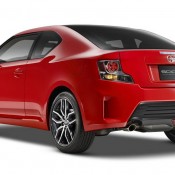 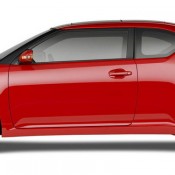 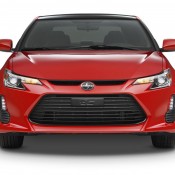 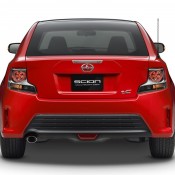 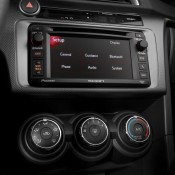 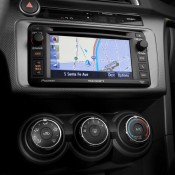 Power comes from a 2.5-liter, four-cylinder engine with 179 horsepower. You can have it with either a six-speed manual or an automatic with Dynamic Rev Management technology, adopted from the FR-S.

The 2014 Scion tC will arrive in dealerships in June. Later in the year, the Japanese car maker will launch a limited-production version of each vehicle in its lineup called Scion 10 Series, celebrating the brand’s 10th anniversary.