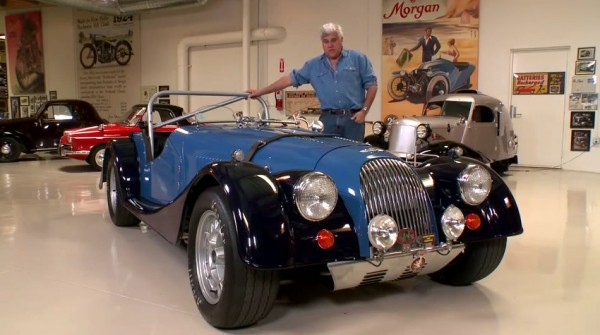 Jay Leno’s friend and car customizer Jason Len from XKs Unlimited – the guy who made Jay’s custom XKE roadster – comes back to the garage with his latest creation, a 1970 Morgan Plus 8. Granted, there is no visual difference between a 1970 Plus8 and one that was built last year, but despite the fact that this car remains loyal to Morgan’s odd recipe, it is actually fairly modern underneath.

So while it is made mostly of wood, with a bit of aluminum added to stop it falling apart, it has a weapons-grade V8 engine under the bonnet and it is pretty darn quick. The car is built as a hot rod, but it is still street-legal.