Latest @ MW
Home /The History Behind The Dodge Ram 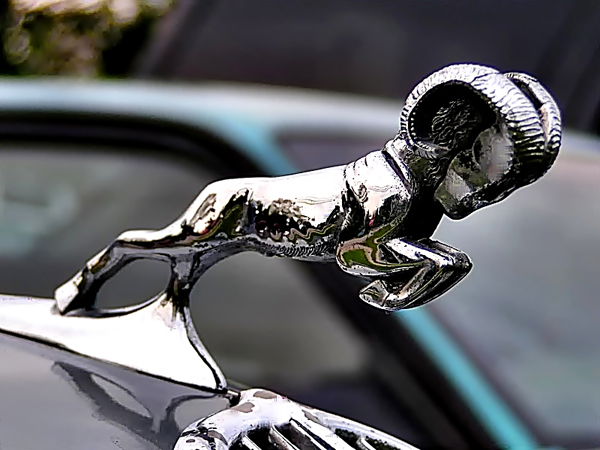 The Dodge Ram holds a special place in the heart of millions of Americans, especially those in the construction trades. The name “Ram” wasn’t actually applied to a specific model of truck until 1981, the iconic Ram enduring the test of time and evolution with many versions produced over the last three decades.

The first actual Ram radiator ornament first featured on a Dodge vehicle in 1932, the renowned sculptor Avard Fairbanks responsible for its creation. There’s a funny tale behind its design, as according to some, Walter Chrysler was confused by Fairbanks’ reason to sculpt a Ram, and expressed his doubt in the ornament’s significance to the brand. Sincerely convinced the Ram was the ideal symbol to represent Dodge, Fairbanks asked Chrysler, “What’s a person’s first thought when encountering a Ram in the wild?” Chrysler enthusiastically replied, “Dodge!” Then, “That’s what I want – go with it!” 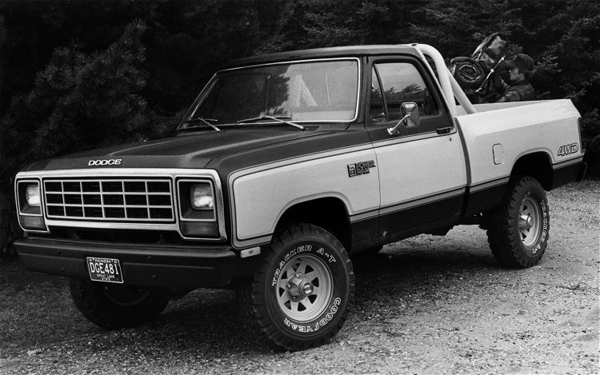 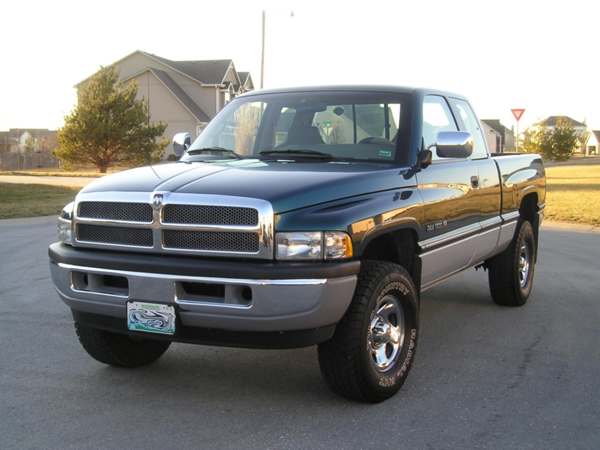 Later years saw upgrades such as the usual grille and headlight modifications seen on most brands over a decade. A Magnum V8 capable of 230-hp was also introduced along with a Magnum V6 producing 180-hp, ensuring every buyer had the ultimate choice in power, torque and economy. Transmissions available were their 2-4-speed TorqueFlite auto and their 4-5-speed manual.

In 1994 the line received a complete redesign in the form of the second generation. Responding to customer research, the Ram was given a strong exterior look, changing its modest features into a “rig truck” front end with a big grille. Although still using the previous model’s engines, a 488 cu in V10 was made available, offering 310-hp. The models were now called the 1500 half-ton, 2500 three-quarter-ton, and 5000 dual-rear-wheel one-ton, offered in both 2 and 4-wheel drive. The interior saw a major focus on in-cab storage, with a bigger glove box and a centre armrest storage compartment. The dash and cluster gauge were designed to look modern, whilst the rounded black plastic side mirrors replaced the dated square ones.

More updates came to the second generation in 1997/98 with the introduction of the “quad cab”, using similar suicide doors in the back for door opening. Duel airbags were now standard, the interior received a few more tweaks, and the odometer made the switch to digital.

A year later, the second generation received a modified front end with restyled bumpers, quad-beam lights and a body-matching grille. This was all done for their Sport model. Another year on saw heated leather seats and disc brakes, leaving behind the days of old fashioned simplicity. 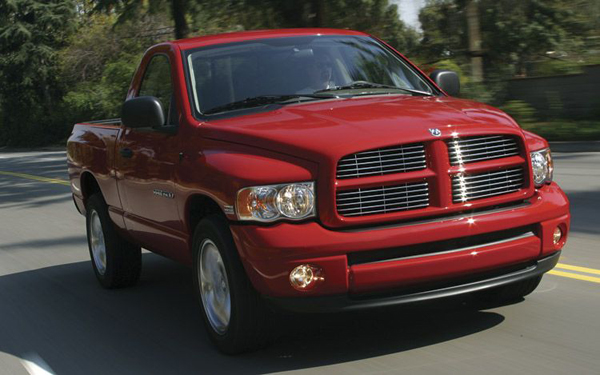 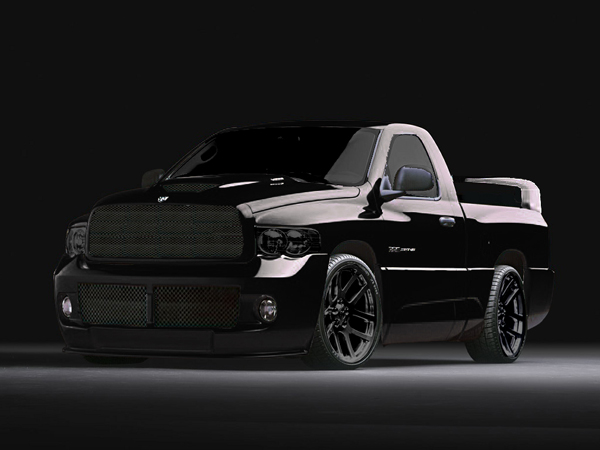 Power was also significantly increased with the huge 8.3-L Viper V10 placed in the awesome SRT-10 (In 2004, the SRT-10 held the Guinness World Record for “World’s Fastest Production Pickup Truck”), clocking 154.587 mph. The 5.9-L Cummins diesel I-6 (250-hp) was a new addition, as was the legendary 5.7L Hemi (388-hp). Over the six years the third generation was in production, the Ram received the usual cosmetic tweaks to maintain a contemporary look, such as further grille modifications and a new steering wheel design. Technology made its way into the cab in the form of DVD entertainment Satellite radio and Bluetooth Connect. Transmission only made its major change with the addition of a 6-speed auto box, whilst the rest received upgrades to maintain compatibility with the newer engine outputs. 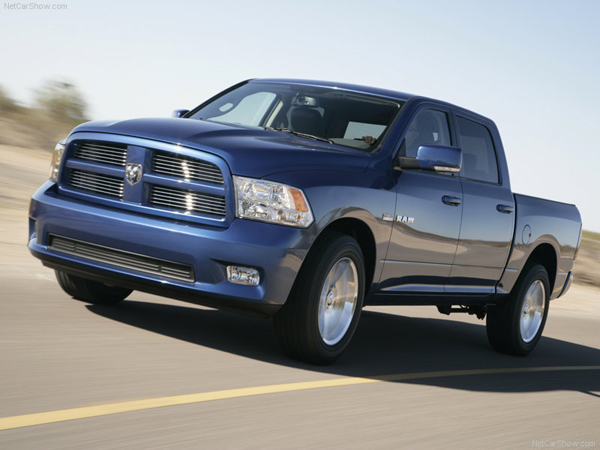 The current forth generation came into production late in 2008, sold as the 2009 Dodge Ram. In 2009, the Ram Trucks was separated from the Dodge brand, although Chrysler LLC attempted to keep the Ram competitive with new revisions. Again, a new suspension was installed, the “Rambox” bed storage system was introduced, and yet another Hemi engine option was available.

Handling was improved using a coil spring 5-link rear suspension, replacing the old leaf springs for the 1500 model. Although new suspension components were installed, this in no way had a negative affect on payload capacities. Safety was given a going over with the addition of anti-lock brakes, side curtain airbags and its ESP (Electronic Stability Program). 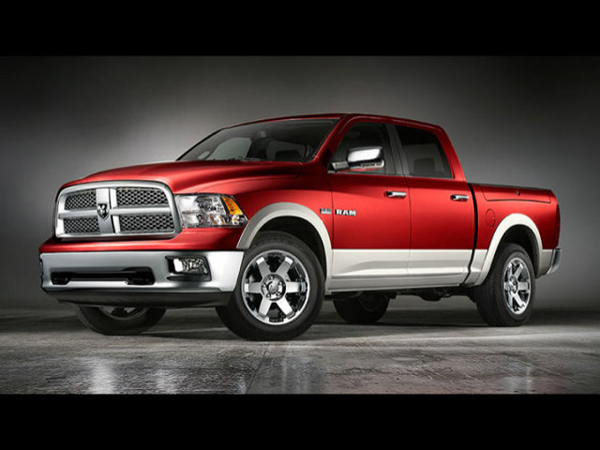 The latest upgrades in 2013 include new wheels and a new front end. The interior has had a facelift using all new fabrics and trims. A 3.6-L Pentastar V6 powerplant (305-hp) and a 4.7-L Power Tech Hemi V8 (395-hp) are new additions, with a 6-speed auto transmission available to both. There’s also a new 8-speed Torque-Flite tranny for the V6-powered RAMs.

The RAM will always be known as a powerhouse pickup, and although it stays in touch with all modern features, ostensibly growing in bulk and muscles, it will always make up for it by producing more and more power with every evolution – just look at the ridiculous SRT-10, for example, a pick up truck that could double as a drag car.