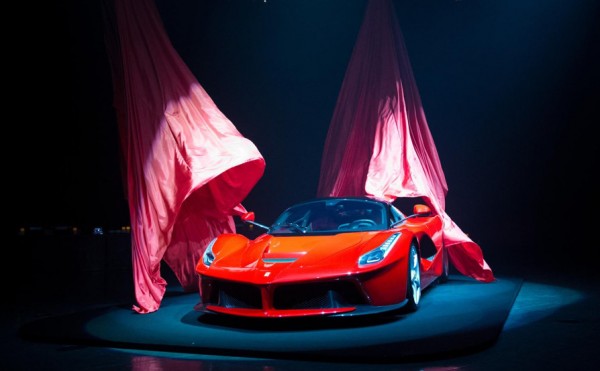 The LaFerrari is a very significant car. In fact, it is as significant as cars get right now. So every move it makes, every place it goes, and everything even remotely related to this amazing hyper car is worthy of a story. This car is the biggest celebrity of the automotive world.

Anyway, the latest LaFerrari news Japan, where the car made its debut recently, in a lavish ceremony which included a special exhibition called “Supercar Chronicle.” In honor of the Maranello’s latest and brightest son they brought together a selection of the most iconic Ferraris of the yesteryear, including the 288 GTO, the F40, the F50 and the Enzo. Talk about coming from a good family.

“Japan’s passion for supercars goes back a long time and we are happy to be able to give our most loyal customers the most powerful car ever built by Ferrari,” said Herbert Appleroth, the President and CEO of Ferrari Japan.

Just to recap, LaFerrari is a hybrid hyper car, powered by a V12 KERS engine that makes 960 horsepower and over 900 Nm of torque. Even before it launches into the market, LaFerrari is the undisputed champion of the this new generation of hybrid super cars, as it is remarkably faster than both the Porsche 918 and the McLaren P1 to 300 km/h. It takes The Ferrari only 15 seconds to reach that speed. The Italian Conte goes from 0 to 100 km/h in under 3 seconds and does over 350 km/h.

Production of the LaFerrari is limited to 499 units, and prices start from $1.3 million.