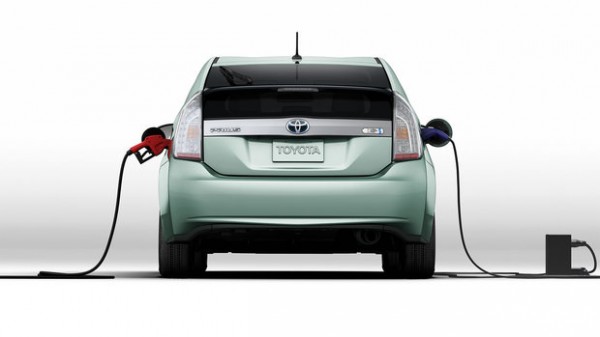 The 2014 Toyota Prius plug-in has changed little since the previous year’s model, but the one thing consumers will find in this hybrid is a lower price. In order to entice buyers, Toyota slashed the MSRP from almost $35,000 to $29,990. If you want the loaded model, expect to pay $34,905. Save money by taking advantage of up to $2,500 in Federal Tax Credits. California residents save even more with the Clean Vehicle Rebate Program.

You can cut costs at the pump with the Prius plug-in. Driving on just gasoline, expect to get 51 miles to the gallon in cities and 49 on the highway. This breaks down to a cost of $3.36 to drive 50 miles.

If you combine the use of electricity and gasoline, which is what most drivers do, you get just under 100 miles on one charge. This leads to an average annual fuel cost of $900. Broken down, the overall cost to drive 50 miles is $2.80. But keep in mind that the Prius only goes 11 miles before switching to the gasoline hybrid. Driving an average of 15,000 miles per year means you’ll use less than five barrels of petroleum in an entire year.

Comparison to Other Hybrids

Compared to the Prius plug-in, the Ford Fusion Energi doesn’t do well in terms of regular gas consumption. The Energi only gets 44 miles per gallon in the city and 41 on the highway. It does better on a combination of electricity and gasoline, with an equivalent of 100 mpg. The MSRP is much higher, however, with the price ranging from $38,700 to $40,100.

The Chevy Volt is a little more affordable at $34,185. In terms of combining electricity and gasoline usage, it’s pretty equal with the Prius, getting 98 mpg. It’s far worse, however, when it comes to gasoline-only usage. First, the Volt requires premium gasoline, which drives the cost up. Plus, it only gets 35 mpg in the city and 40 on the highway.

The Prius does not skimp on size. In the passenger areas, there is more than 90 cubic feet of space. The trunk provides an additional 22 cubic feet.

The 2014 model doesn’t skimp on special features. The front seats are cloth, but there are in-seat heaters for those cold winter mornings. The car’s climate control system can be controlled remotely, and you get an extra year of Toyota’s roadside assistance service. Upgrade to the advanced model and the heated seats are faux leather instead of cloth. You also get power adjustments in the driver’s seat and a technology package that adds a collision warning system, cruise control, and LED fog and headlights.

Where to Buy a Prius Plug-In

Toyota is not selling the new Prius in every state. The only states where the car will be sold are Arizona, California, Hawaii, Maryland, New Jersey, New York, Oregon, Virginia, Washington State, and all of New England.

This article was provided by Taylor Morford, environmentally-friendly car enthusiast. If you or your loved ones have been victims of auto accidents, Taylor urges you to seek both medical and legal help.