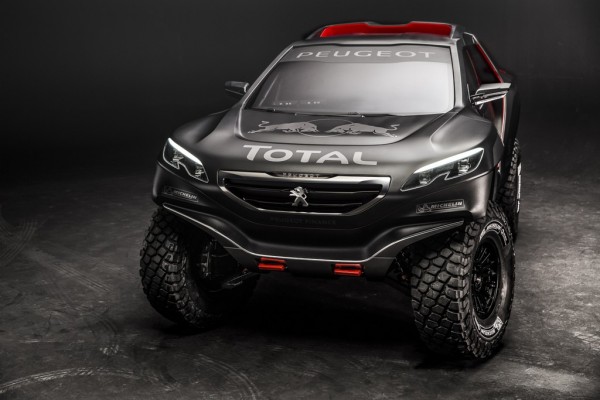 As promised, Peugeot released further details and the first pictures of their new competition model, the 2008 DKR. As the name suggests, this car is a purpose-built rally machine designed to tackle the most grueling endurance rally in the world, Rally Dakar.

Peugeot 2008 DKR is inspired in many ways by the 208 T16 Pikes Peak. The success of that model gave Peugeot the confidence to accept bigger challenges, and the bold engineering of it inspired the concept behind the 2008 DKR.

The car is based loosely on the 2008 crossover, but gets a completely bespoke chassis and body, and sits on 37-inch Michelin tyres. It maintains the overall SUV shape, but in reality it is form following function, be it for aerodynamics or cooling purposes. That’s why the DKR has many opening in its body for air flow, and a huge rear wing. Peugeot has not yet released the technical specs of the DKR, so we don’t know what kind of engine it has. But given the nature of Rally Dakar, it probably gets a high-performance diesel unit.

Peugeot 2008 DKR marks the return of the French auto maker to Rally Dakar after 25 years. The driver lineup they have chosen for the job includes Carlos Sainz and Cyril Despres. 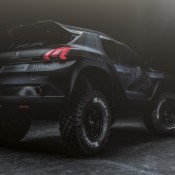 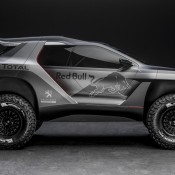 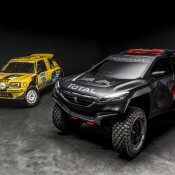