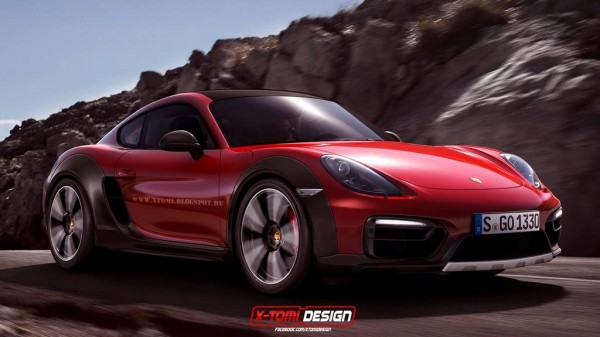 The designers at X-Tomi always come up with new and radical ideas. One of their most favorite body styles is the crossover/allroad. The idea is that you have a normal car that is raised a bit and fitted with off-road underpinnings. This is the latest car of this sort they have rendered based on the Porsche Cayman.

Before you dismiss this Porsche Cayman Safari as completely pointless, we should point out that X-Tomi designed an Allroad version of the new 2015 Audi TT a while ago and a few months later Audi actually did make a similar concept called TT Offroad. So who knows, maybe Porsche finds it an intriguing idea and actually make a Safari sports car. There have rumors flying around a while back about a 911 Safari, so this idea is not that outlandish.

Come to think of it, Porsche Cayman Safari, or a 911 Safari, is actually a pretty good idea. Theoretically, such a car would allow you enjoy the same level of driving fun on rough ground as you would on tarmac – kind of like a user-friendly rally car. Granted, the looks may need a bit of work, but on the whole, bring it on!