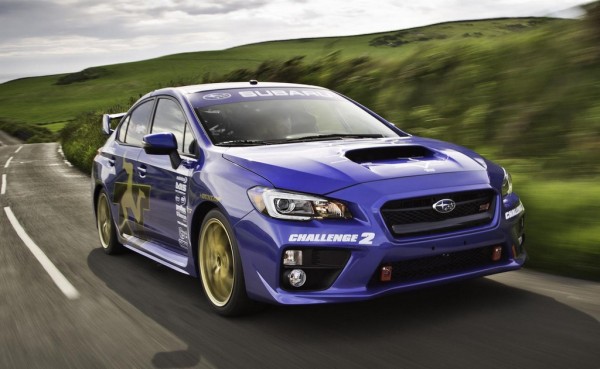 In the hands of professional rally driver and stuntman Mark Higgins, the new 2015 Subaru WRX STI managed to beat its own Isle of Man TT course record. Back in 2011 the previous generation of the car set a time of 19 minutes 56.7 seconds – the fastest ever recorded on four wheels. The new time: 19 minutes 26 seconds.

That huge improvement is partly due to the fact that Higgins’ driving skills have improved over the years. But the main reason is the superb blend of speed and handling in the new WRX STI.

The car that went round the course was a production STI (US specification), equipped with a 300ps 2.5-litre flat—four. The only modifications to the car involved the springs and dampers, which were adjusted to minimise any potential damage when the car encountered the course’s many bumps and jumps at high speed. It also had a roll-cage, race harness and fire suppression system and Dunlop Derezza tires. 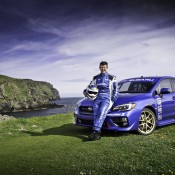 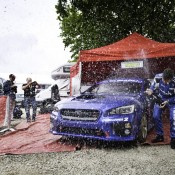 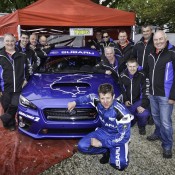 The new Isle of Man TT record is a fantastic start for the 2015 Subaru WRX STI in the UK. The fans of sports sedans like this are all about numbers and facts and figures. They are going to feed on this one for months. The new WRX STI is on sale in the UK now starting from £28,995.