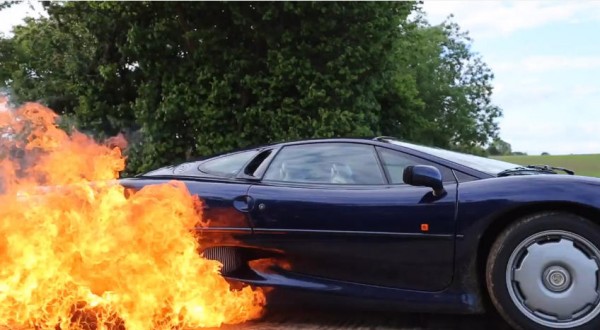 In the latest episode of their supercar-abusing web series, TaxTheRich set about torturing a beautiful Jaguar XJ220. The priceless supercar has to face a trial by fire; fire that it starts itself with a massive burnout.

There is, of course, some degree of trickery to this. Either the ground or the tires must have been covered with some sort of flammable substance. This is no way to treat a vintage super car, that’s true, but we have to admit it was properly awesome to watch!

Some of the previous excursions by TaxTheRich guys included rallying with a Lamborghini, off-roading with a Rolls-Royce, tug of war with Ferrari F50s, and what can be described as plowing with a Ferrari Enzo. They have an S&M sort of approach to using their supercars and like torturing them. Apparently, driving normally just doesn’t do it anymore.