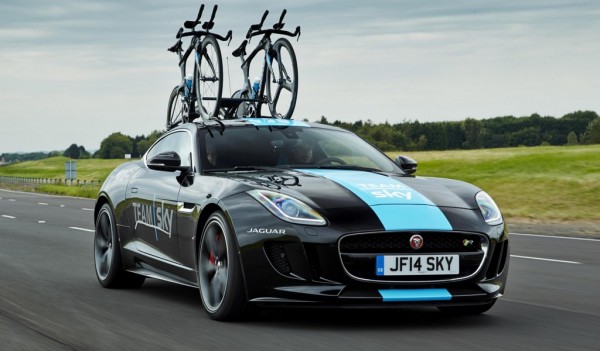 Jaguar, as you may know, is a sponsor of Team Sky. Sine 2010 they’ve supported the British biking team in all their campaign and even provided them with a fleet of all-new high performance Jaguar XF Sportbrakes. Now for the Stage 20 of the 2014 Tour de France, Sky is getting a prestigious new support vehicle.

It’s a Jaguar F-Type Coupe, the high-performance V8-powered R version, converted to carry two of the team’s most high-end bikes. The vehicle exterior is finished in Team Sky’s famous livery, with colourways and other Team Sky graphic design.

Exclusive features of Team Sky’s Jaguar F-Type Coupe include a separate electric supply in the boot which provides power to the radios, amplifiers, microphones, horns and televisions, and of course a new racking solution for the team’s Pinarello Bolide TT bikes.

Jaguar F-Type Coupe R boasts a 550PS/680Nm 5.0-litre V8 supercharged engine, which is way too powerful for its job as a support car for bicycle racing. 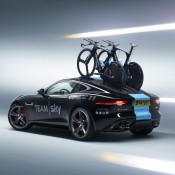 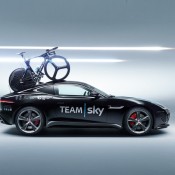 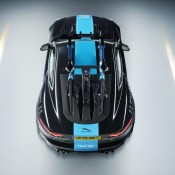 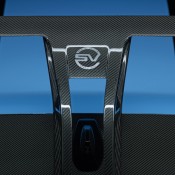 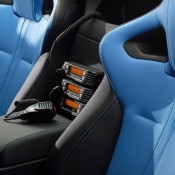