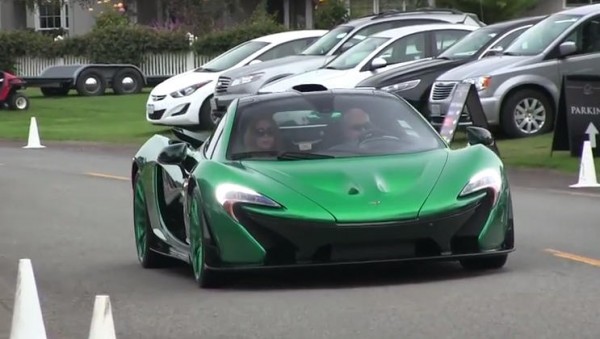 This one of a kind Green McLaren P1 had been scooped here and there a couple of times before. But as expected, it was being kept under wraps until Pebble Beach, where it took the stage by storm and attracted a lot of attention, some of it negative.

The mysterious Green McLaren P1 was spotted driving around Carmel Valley during the Quail Motorsports Gathering, showing off with its unique paint job and throaty exhaust noise:

The green paint job on this P1 is a special order created by MSO (McLaren Special Operation) and there is more to it than just a bucket of green paint. The carbon fiber parts are also finished in a special shade of green to complement the paint job and the interior is garnished with green accents and stitching. It is not to everyone’s taste, but it sure is unique.