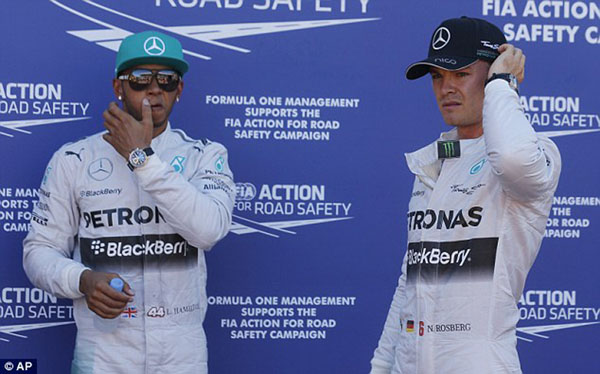 If you were to hear the names, Senna and Prost, Webber and Vettel, Alonso and Hamilton, the ensuing conversation would be one of bitter rivalry, jealousy, paranoia, deep suspicion, mistrust, and a begrudging respect. It would spark up epic tales of battle, when warriors fighting within the same army only saw themselves as victors.

Rivalries this bitter only come along once every decade or so, drivers so hungry for success they view the track through chequered blinkers, blinded by the prospect of laurel leaf, silverware and adoration. The need to win can push champions into the realm of desperation, where hasty decision and recklessness combine in the quest for supremacy and its sweet taste of Champagne. 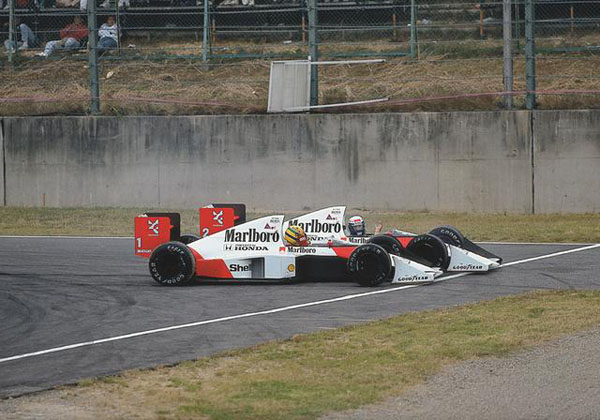 Perhaps considered the most iconic teammate rivalry in the history of F1, all of the ’89 season’s drama unfolded within the McLaren camp. Ayrton Senna and Alain Prost made a ‘non-aggression’ pact at San Marino, an agreement allowing the leading McLaren during the race to remain ahead without any in-team battling.

Senna, head strong, ambitious and only understanding that climbing behind the wheel of a car meant winning, decided to pass the Frenchman. This led to a season climax and a collision handing Prost the title. Although they weren’t teammates the following season, Senna took revenge by punting Prost’s Ferrari off going into the first corner, taking the title for himself. 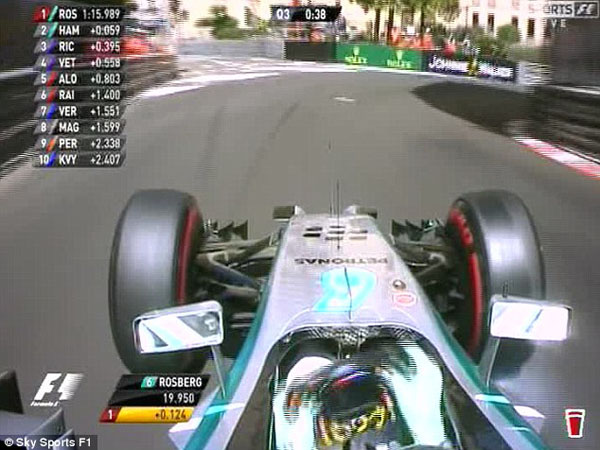 So why have I placed Mercedes driver, Lewis Hamilton and his childhood friend and current teammate, Nico Rosberg in the title of this article?

No matter how reserved a driver’s character, there will always be some tension and the need to better a teammate. Although the other drivers included in the opening of this article experienced their fare share of jealousy, miss-trust, and on-track confrontation, it’s Lewis Hamilton’s remonstrations broadcasted over the team radio and his inability to remain calm whenever an altercation arises, that I am reminded of the perpetually angry and frustrated Alain Prost.

Over the last 14 races with Japan on the horizon, Hamilton has taken half and Rosberg four, both complaining about each other’s racing conduct as soon as they come in close proximity to one another.

Jealousy raised its ugly head as Rosberg began showing success and proving to be more than a handful for the Brit – after Hamilton eventually won in Spain, he claimed he was going to have to break his teammate down mentally. An annoyed Rosberg dismissed the claim, “Break me down mentally? I think he will struggle with that one.”

When Rosberg went off at Mirabeau during the San Marino qualifying, Hamilton’s pram shed half of its toys after it compromised his lap. Not content to remain quiet and let his actions speak on track the following day, he decided to talk to the BBC questioning Rosberg’s trustworthiness. 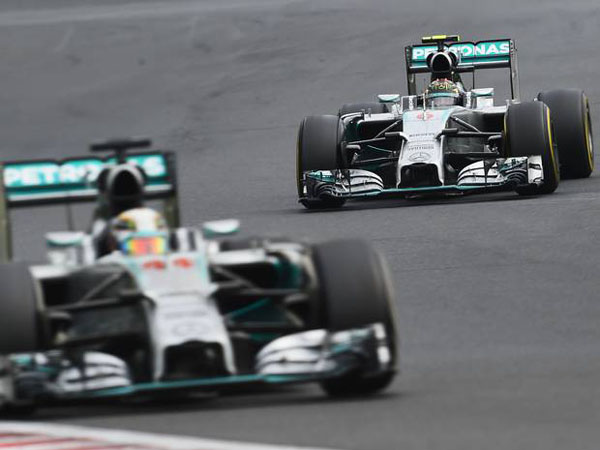 In Hungary, the Mercedes drivers went at it again as Hamilton suffered a case of the Sennas, his selective hearing not picking up on team orders to let a faster Rosberg through. After the race, the German was understandably angry and refused to comment.

In this instance I can understand Hamilton’s frustration in having to slow and let a faster car past – okay, so tyre wear and strategy wildly affect performance at different points of the race, but a true racer like Hamilton wants to just drive flat out and win. 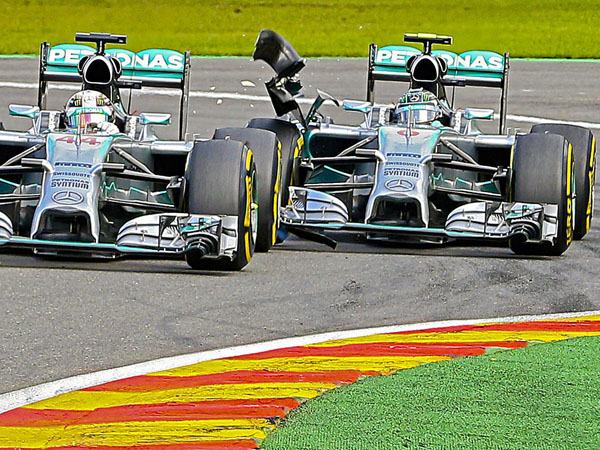 Onto Belgium and I was intrigued to see if this building tension was still apparent at Spa. Surely Mercedes had sat them both down and given them a stern talking to?

Qualifying saw the familiar and competitive Mercedes duel at the front of the grid, Rosberg eventually taking pole – from Mercedes’ point of view, so far so good.

Come race day, Mercedes looked on for a 1 – 2 finish, until the race started and pole-sitter Rosberg fell behind Hamilton. Desperate not to let Hamilton escape the ERS zone by lap 3, Rosberg made a bold move on lap 2, was late on the brakes, and clipped Hamilton’s left rear tyre. Rosberg lost a piece of nose and Hamilton whined all the way back to pits with a puncture: “Nico hit me, he just hit me.”

Both drivers were summoned to the Mercedes officials after the race, where an incredulous Hamilton claimed Rosberg admitted he did it on purpose to prove a point.

Considering how Rosberg has handled himself so far, I personally can’t believe the German would A. Instigate an accident that could’ve just as easily seen roles reversed, or worse, cause a serious accident, and B. Feel the need to prove a point after some convincing driving. 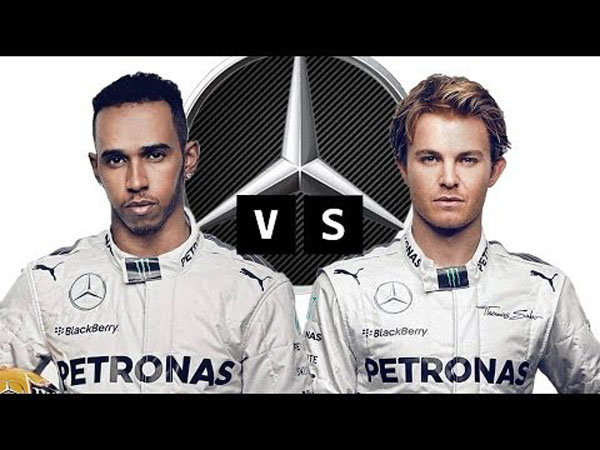 As I write this, the teams and entourage are already setting up at Suzuka ahead of the Japanese Grand Prix. I’m sure I’m not the only one who is tuning in purely for the Mercedes drama. Maybe all of this bad-mouthing and bratty behaviour isn’t a good show of sportsmanship, and it certainly isn’t a good representation of the majority of drivers in the pit lane, but we all rubberneck, right? We all like car crash TV and a bit of drama, especially with its glamorous backdrop, big money and even bigger personalities.

So the only remaining question regarding the last few races is: Which Silver Arrow will hit bullseye and which will hit the wire?

I think I know the answer to both…