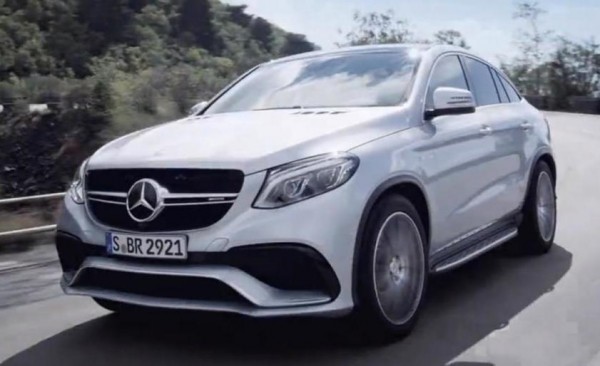 As expected, Mercedes-Benz confirmed the debut of the AMG version of the new GLE Class at the upcoming NAIAS-Detroit Motor Show. The Mercedes GLE 63 AMG looks substantially different from the standard version thanks to a sporty and aggressive body kit.

That’s a very good thing, since the standard GLE, as we saw here in these live photos, is not exactly a looker. The Mercedes GLE 63 AMG, on the other hand, seems to be a handsome brute, what with that square jaw, purposeful gaze, and rather muscular hips. It looks every bit as athletic as it is supposed to be.

They haven’t confirmed this yet, but chances are the Mercedes GLE 63 AMG will be powered by a tailored version of brand-new 4.0 liter AMG V8 engine which made its debut in the AMG GT. It could also get the rather outdated 5.5 liter biturbo V8. That remains to be see, but either way, you can count on close to 500 horsepower and lots of low-end torque to haul all that mass around with ease.