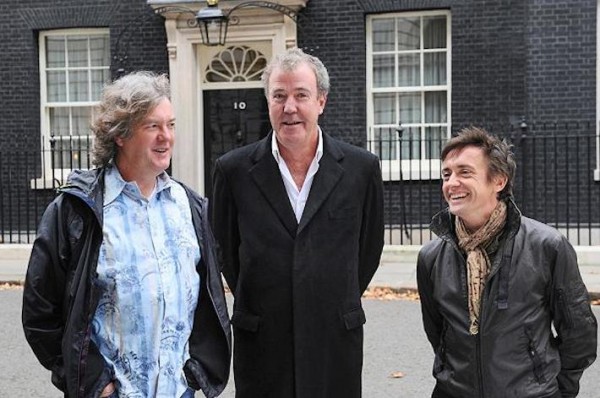 The latest development in Clarkson’s suspension saga – the punching malarkey, Clarksongate, or whatever you want to call it – is a bittersweet one. It is sweet because James May and Richard Hammond are backing up Clarki by refusing to do the show without him. And it is bitter because the BBC wanted to air the remaining episodes of Series 22, but couldn’t because of what we just mentioned.

According to a report by Mirror, BBC approached May and Hammond and asked them to film the studio bits for the remaining three episodes of Season 22, but the boys decided they don’t want to film anything related to Top Gear if Jezza is not a part of it. One wonders if Clarkson would have done the same for Richard or James. He probably would.

The source who revealed the discussion about the remaining episodes has also confirmed that the BBC top brass, namely Director General Tony Hall who has been charged with the daunting task of settling the issue, are frustrated by Clarkson’s friends who “continue to pour pressure on the BBC.” The corporation is also aware of the 960K-strong petition requesting the firm to give Clarkson his job back, but they are also determined to “play ­everything with a straight bat.”

This whole thing is frankly getting a bit boring. Either bring the show back or pull the plug altogether and let the boys find a new network and make a new show. It is not like they will need a letter of recommendation from the BBC.

In a funny twist related to the ongoing controversy, 16,000 people have signed a petition asking for the BBC to hire Alan Partridge as Jeremy’s replacement on Top Gear. Partridge is a fictional character created by comedian Steve Coogan, and he has an unhealthy obsession with Lexi (plural for Lexus), and roll-on deodorant, and petrol stations!