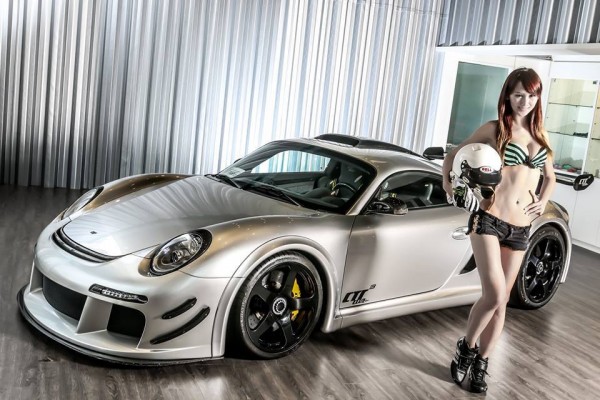 The Porsche 911-based RUF CTR3 Clubsport is a car we respect a lot. It is the result mainly of the tuner’s guts to go and modify a normal sports car to an extreme level and turn it into a proper, full-blooded super car. That is probably why this car looks so damn serious.

Well, not here though. Here the manly and butch character of the car is sort of softened by the presence of that cute babe who apparently goes racing wearing almost nothing but a crash helmet. You know what they say, you gotta protect the important parts. She’s already got two great big perky airbags. So thankfully there was no need for more protection gear there!

Just to give you some details about the car, RUF CTR3 Clubsport features a completely bespoke body on top of a heavily revised 911 chassis powered by a deeply modified 6-cylinder boxer engine developing 777 horsepower and 980 Nm of torque. CTR3’s party trick is its ability to reach a top speed of 380 km/h.

Alright, now you can check out the pictures: 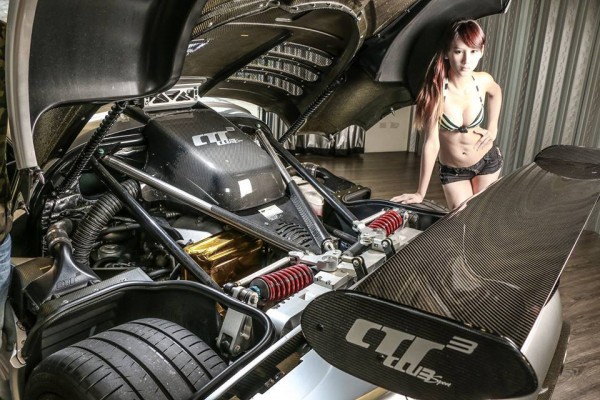 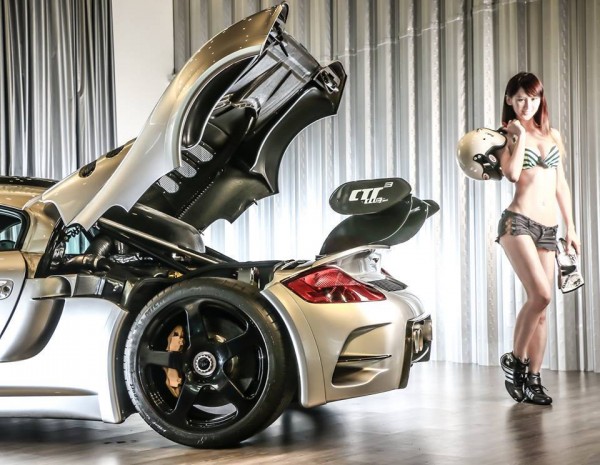 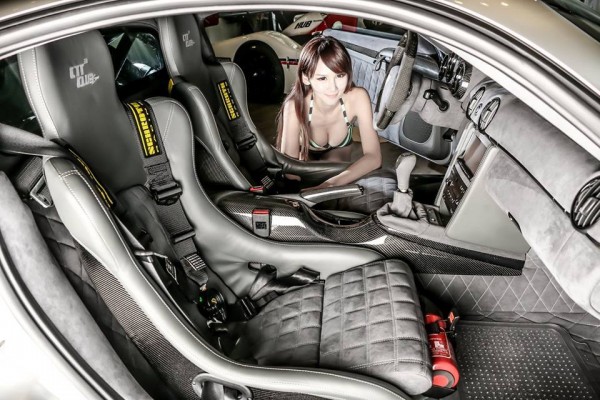 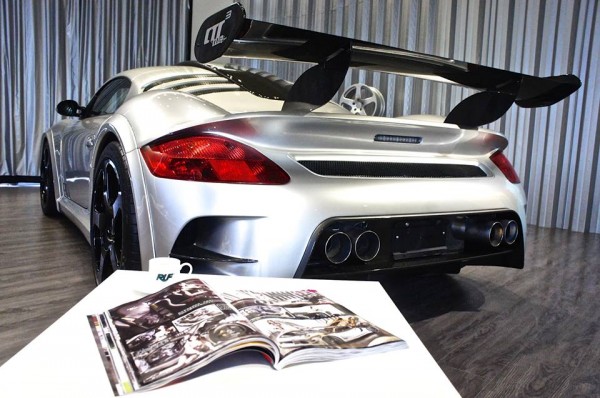 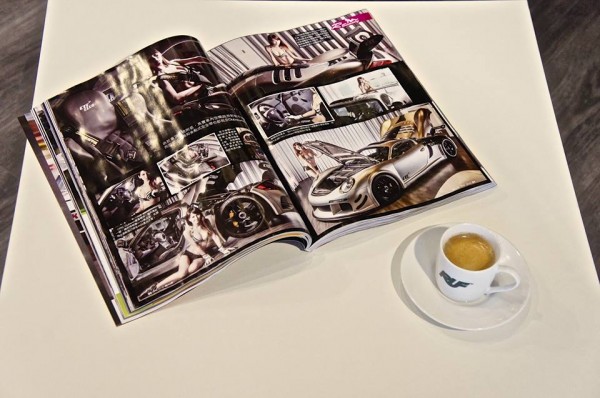