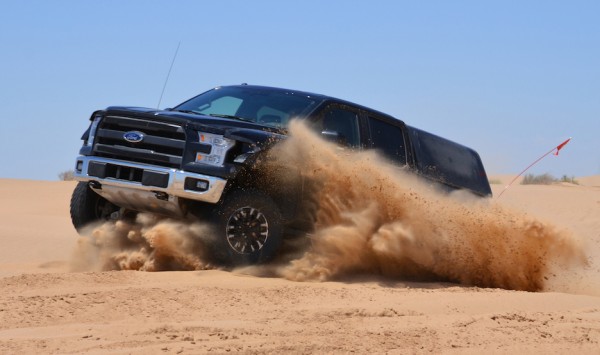 Ford has released, as a sort of teaser, a few pictures of the new F-150 Raptor undergoing some serious off-road tests in the deserts of the southwestern United States. The 2017 Ford F-150 Raptor has already completed over one thousand miles of testing in harsh conditions.

SVT engineers have devised a number of special tests for the 2017 Ford F-150 Raptor to make sure the car is as tough and durable as its name suggests. They came up with a 66-mile route designed to mimic the Baja race course, featuring a wide range of surfaces including fast sandy washes, deep-rutted silt beds, steep climbs in deep sand, and slow meticulous crawls through tight trenches.

After a good deal of number crunching, the engineers concluded the new Raptor is about  25 percent faster than the current model, taking into account the lap times and that 100 mph top speed it achieved during some phases of the tests. The absolute highlight of this program, however, was the tabletop jump consisting of a steep ramp up to a two-foot plateau, then a step-off back to level ground.

So far the 2017 Ford F-150 Raptor has passed all the tests with flying colors. But the test units are pre-production mules built with a mishmash of components from old and new models. The production version will not be ready until the fall of 2016. 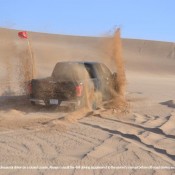 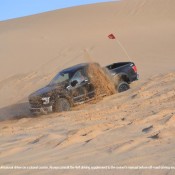 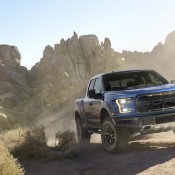