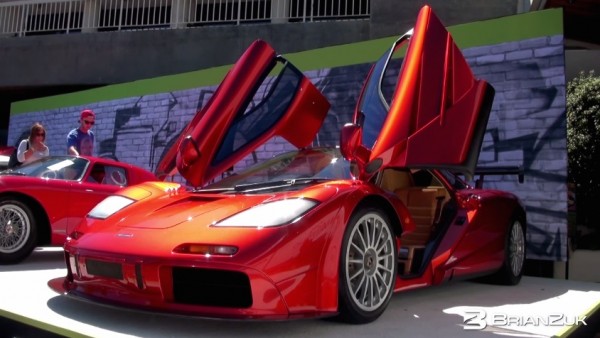 Not sure what happened exactly, but these days if you fancy a McLaren F1 you are going to need at least $10 million dollar. This lovely orange example you see here is a little bit more special than normal models, which is why it fetched $13.75 million at RM Sotheby’s 2015 Monterey Auction.

Now, the F1 aficionado among you will look at that front bumper and rear wing and thinks, this is a McLaren F1 LM and that’s a bargain price for a LM. But according to BrianZuk who filmed this, this Mac daddy is not a real LM, but a normal road going version, like the one Mr Bean used to have, equipped with the LM specification.

The highlights of this pseudo-LM McLaren F1 include LM-Specification engine, High-Downforce Kit (HDK), GT-spec Long Tail, and LM-spec E-Brake handle. And just so you know, the last time this bad boy was sold was in 2003 and the price? $1.25 million!!!