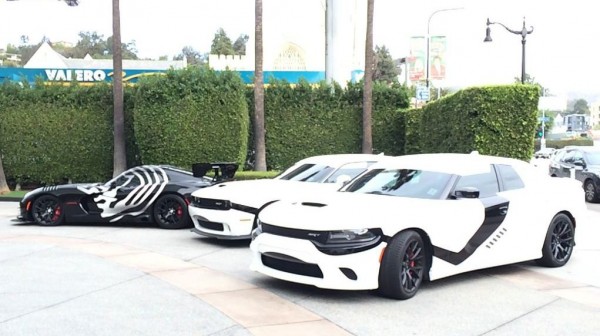 Trying to use the massive Star Wars buzz to their advantage, Dodge wrapped a trio of their production models as Stromtroopers and sent them cruising the streets of Los Angeles this past weekend in the run up to the opening of “Star Wars: The Force Awakens”. They are not piggybacking it, mind you, as Fiat-Chrysler is a partner of Disney and Lucasfilm.

There are two ways you can look at this whole Star Wars trend. One is a pessimistic view that says Americans are complete suckers who follow every media-fueled frenzy without thinking about it. The other more optimistic view is that it’s all about fun and games, yet another reason to get together with your friends and party thanks to a shared interest. We let you decide which one is more true.

Time, of course, has changed, and all the closet cases who were afraid of declaring their love for Star Wars just a few years ago, for fear of being discriminated against as power geeks, can now proudly wear their customs to the premiere of the film and spend as much time as they want talking about it without anybody judging them. Being a Star Wars fan is super cool these days, and you can’t blame Dodge for wanting a piece of the action.

The campaign the car maker launched to ride the Star Wars wave included Dodge Charger SRT Hellcat and Dodge Challenger SRT Hellcat wrapped in Stromtrooper colors, and a Kylo Ren-inspired wrapped black Dodge Viper ACR. Fans got to take pictures with them all over L.A. and you can check out those pics on the social media using the hashtags #Dodge and #TheForceAwakens. 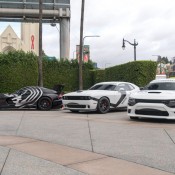 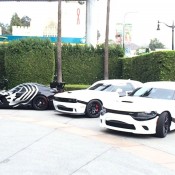 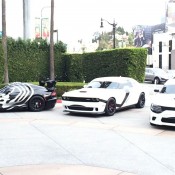