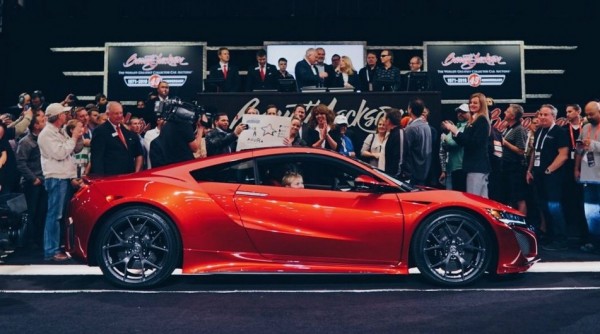 Continuing the wonderful tradition of auctioning off the first production unit of their brand-new models for charity – first established by Detroit’s big three – Acura sent the very first NSX under the hammer. The 2017 Acura NSX VIN #001 fetched an amazing $1.2 million.

Auctioned by Barrett-Jackson who is the trusted auctioneer for this sort of jobs, the first production unit of 2017 Acura NSX was bought by no other than Rick Hendrick, the NASCAR guru and the owner of founder of the Hendrick Automotive Group.

It has become a habit of Hendrick’s – his favorite charity, if you like – buying the first units of every important new car launched in America. He has also bought the first Corvette Stingray and Z06 as well as the ZL1. All proceeds from the sale of the NSX will go to the Pediatric Brain Tumor Foundation and Camp Southern Ground.

Those of you who are waiting for the 2017 Acura NSX to become available in the market, you don’t have to pay upwards of a million for it. The advanced hybrid super car will be available next spring from $156,000, going up to $205,700 for the range-topping version. 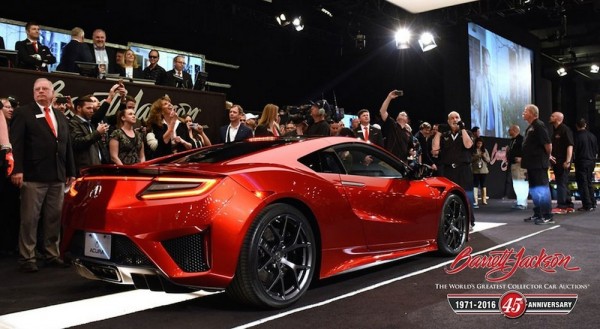