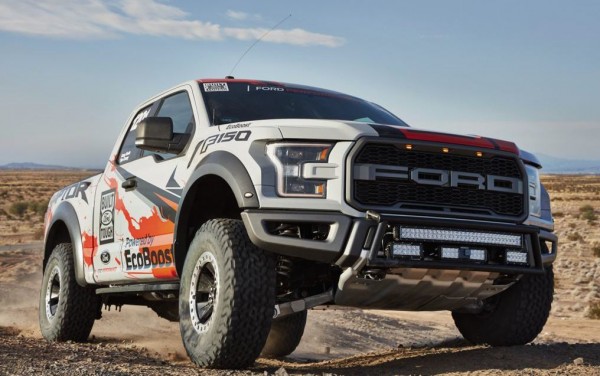 Ford’s love of competition and racing is so huge, they have gone ahead and made a racing version of the new Raptor truck before the production truck can get its feet grounded in the market. The 2017 Ford F-150 Raptor Race Truck will compete in the Best in the Desert off-road racing series’ new factory stock class.

The Racing Raptor is based on the production model and gets the same aluminum-alloy body, high-strength steel frame, 3.5-liter EcoBoost engine and 10-speed transmission, and torque-on-demand transfer case. That is kind of the point of the whole effort, to show off to the rivals the Raptor is tough enough to take them on as soon as it rolls off the production line.

The cool thing about the new Ford Raptor is that it was built from the ground up for this sort of jobs. Even the street version you can buy at the showrooms include a  Terrain Management System with a “Baja” mode for high-speed desert running! And with 411 horsepower and 434 lb.-ft. of torque on tap, you’re gonna be doing some serious speed. 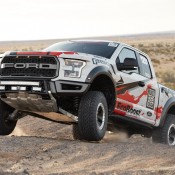 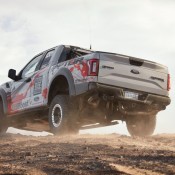 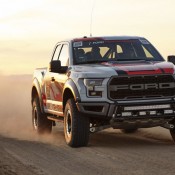 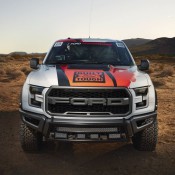 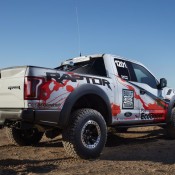 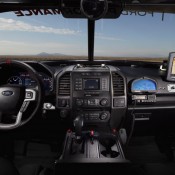