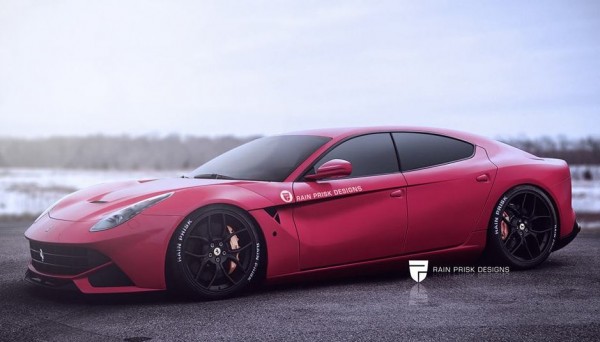 What you see here is a hypothetical four-door Ferrari based on the F12 Berlinetta – inspired to some extent by Maserati and Aston Martin products – and it looks absolutely awesome. And if you think the very idea of a Ferrari sedan is sacrilege, you should what you thought when they released the FF – which is essentially a station wagon – and how you feel about it now.

The reason we think Ferrari might be flirting with the idea of a four-door sedan is what they have done with the FF’s replacement, the recently-unveiled GTC4 Lusso. If they didn’t care for practical, more usable models, they wouldn’t gone to the trouble of improving on the FF’s idea and make the great package that is the Lusso. There is certainly a market for this kind of Ferraris and they definitely should explore it.