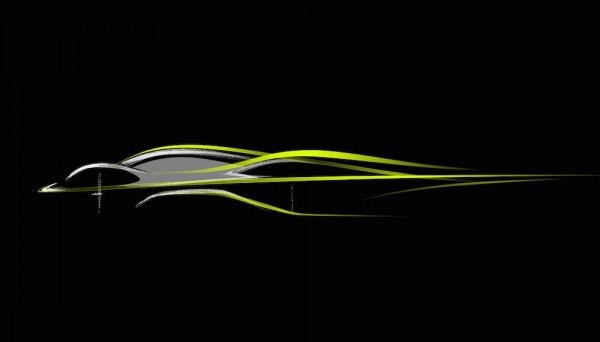 Aston Martin officially announced they are working with Red Bull Racing on a project that will result over the next few years in the creation of a next-generation hyper car. In essence, the car will be designed by Aston’s Marek Reichman and engineered by Red Bull’s Adrian Newey.

Now, if you know your car engineers and designers, you’ll agree that that is a dream team. The Aston hyper car these boys are working on – codenamed AM-RB 001 – will have the signature look of Aston’s sports car and the engineering characteristics derived from the world of Formula One, as that’s where Newey has cut his teeth and gained worldwide fame as a genius.

The world both parties stress on here is ‘next-generation’ hyper car which means it will boast ground-breaking new features and technologies. It will be a world apart from Aston’s previous cracks at hyper car building with the One-77 and the track-only Vulcan. We just hope the outcome is something road-going, although the F1 connection means that is not likely.

Aston Martin CEO Dr Andy Palmer said: “Formula One offers the ultimate global stage to build wider awareness of the Aston Martin brand. However, this partnership will deliver even more than that when the hypercar that Aston Martin and Adrian Newey are in the process of developing hits the road. Between Q by Aston Martin Advanced, Red Bull Advanced Technologies and project partner AF Racing AG, we are going to create a car that will excite and stir the imaginations of the car designers of the future and a global audience of sports car enthusiasts. These are exciting times for Aston Martin and arriving hot on the heels of our DB11 launch earlier this month, this new partnership underlines that our brand really is racing again.”