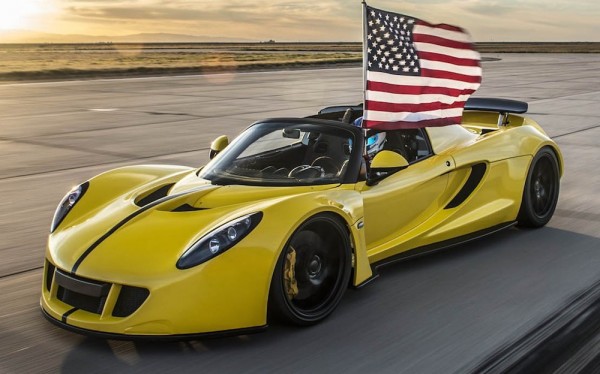 To celebrate their 25th anniversary, Hennessey Performance of Texas came up with a rather elaborate plan. They took their highly celebrated Hennessey Venom GT Spyder to the Naval Air Station Lemoore where it managed to clock a top speed of 265.6 mph (427.4 km/h), surpassing Bugatti Veyron Vitesse by over 11 mph.

Of course, Hennessey is no stranger to world speed records, as a coupe version of this car recorded 270.4 mph (435.3 km/h) back in 2014. But this new record is more remarkable since it makes Hennessey Venom GT Spyder the fastest convertible car in the world.

And true to form, the tuner is going to celebrate this achievement by offering three units of the Hennessey Venom GT Spyder as special “World Record Edition” models, each prices at $1.3 million. They will boasts the record-braking car’s twin-turbo 7.0L V8 engine (1,451 bhp and 1,287 lb-ft of torque) plus its 6-speed manual gearbox and Michelin Super Sport tires. 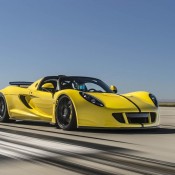 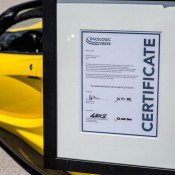 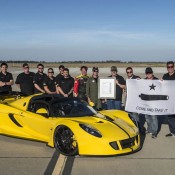 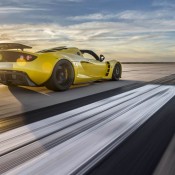 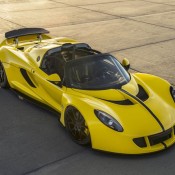 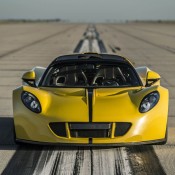 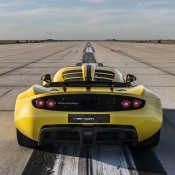 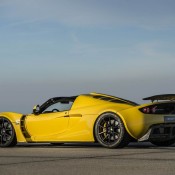 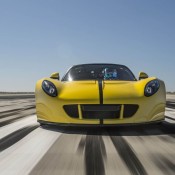 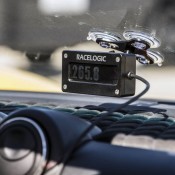 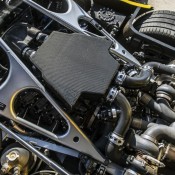 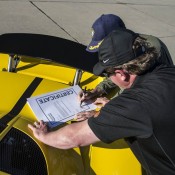 “2016 marks the 25th anniversary of Hennessey Performance”, said company founder, John Hennessey.  “I thought that this would be a special way to celebrate 25 years of making fast cars faster.  I’ve wanted to test the top speed of our Venom GT Spyder, without the roof, ever since our coupe ran 270.4 mph on the Space Shuttle landing runway at NASA’s Kennedy Space Center in 2014.  This was a great way to validate the technical excellence of our car which includes high-speed stability with an open roof.”